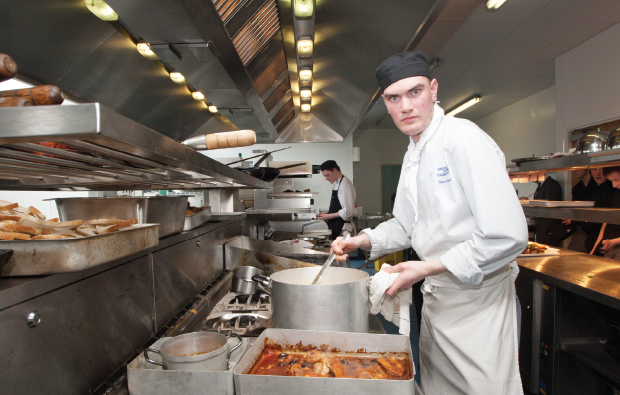 Stuart Fraser has been ofafered posts at London restaurant Hix and at Sam’s Chop House in Manchester. The 18-year-old level three hospitality and culinary arts student, from Lower Broughton, impressed chef Mark Hix during a fortnight’s work experience at his flagship West End eaterie in the capital. The Manchester offer followed soon after.

Lee Allsup, head of hospitality and culinary arts, said: “This is a fantastic achievement by Stuart — to have received two offers of employment from two high quality restaurants is just brilliant.

“I know he is still considering both offers, but I am sure he will excel in whichever he chooses.”