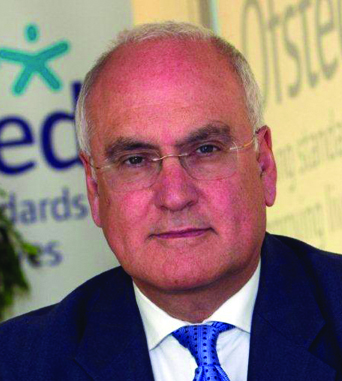 Why did you visit Germany?

When preparing my first annual report for learning and skills, I was keen to see how England fared on the international scene. It was striking to note that youth unemployment was low in the Netherlands (7.7 per cent), Germany (8.5 per cent) and Austria (8.3 per cent) compared to the UK, at 20 per cent. I decided to explore apprenticeships in Germany as it had such a good reputation for high quality manufacturing.

What can England learn from the German model of apprenticeships?

Apprenticeships have a very high profile in Germany among employers, as well the young people and their parents.

During my visit, the young people I spoke to were very proud to be apprentices and saw it as a real achievement. They felt they were on a pathway to a secure future.

About 70 per cent of school leavers who do not go into higher education are apprentices.  Compared to the UK, the figures are stark, with only 6 per cent of young people aged 16 – 18 participating in an apprenticeship in 2011.

What is it about the German model that’s so much better?

In Germany, about two thirds of young people enrolled completed an apprenticeship by the age of 25.

The German system is very effective at getting people involved in apprenticeships at a younger age. But, it is interesting that the school system supports this progression with a greater focus on vocational training earlier on.

How are German companies involved with apprenticeships?

The involvement of employers is light years away from what we have in this country.

The employers we spoke to really did seem to ‘own’ the system as they knew what skills they were looking for, so are fully involved in designing the programmes. They also took some of the responsibility for quality.

They actively involved themselves in monitoring what was happening in the colleges to check that it matched their requirements and industry standards. I believe there is much more we can do and should do with employers.

What does England need to do to move forward?

We need to ensure we get more people involved in apprenticeships from a younger age and provide clear pathways for progression.

The vocational route should have equal status to the academic route in the eyes of schools, young people and their parents.

I know there are some outstanding opportunities for young people to enter on a high status vocational pathway, but there needs to be more of them and young people need to have more exposure to the range of vocational routes that already exist in this country.

What do you think are the real strengths and weaknesses in England’s apprenticeships?

The good and outstanding practices can show us the way forward.

At these providers, the apprentices rise to the challenge of learning in a completely new environment and are motivated to achieve.

Employers and providers work very well together to ensure that trainers and assessors have excellent expertise as well as in working with young people.

A recent Ofsted survey, Ensuring Quality in Apprenticeships, found that the subcontracting system was often weak, with inadequate monitoring of the quality of provision by the lead contractor.

We are also concerned that too many apprentices did not have real and sustained employment during and after their apprenticeship.