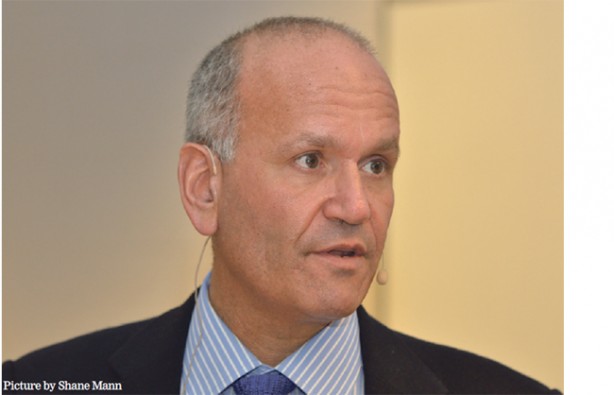 An “all-or-nothing” review of apprenticeships has called for employer tax breaks in a bid to make them more attractive to businesses. Click here to download the review.

He was asked to look into the issue by Education Secretary Michael Gove and Business Secretary Vince Cable and called on the government to adopt every one of his 10 recommendations, telling FE Week: “This is not a laundry list from which it [government] can pick the elements it wants.”

However, Mr Richard said the “heart” of his proposals was a revamp of the way apprenticeships were paid for.

He said he wanted to see a closer relationship between employers and providers and called for employers to pay providers directly for apprenticeship training.

The customer should have the money — it focuses the mind of the vendor. I feel strongly about this point and I think it’s the heart of the review”

Mr Richard said tax credits, or other forms of government incentives, should then be dished out to employers as the government pays its part of apprentice training.

“Instead of the money for providers coming from the government, they [providers] now have the more granular challenge of having to collect their money from employers,” he said.

“The employers only get the credit if they show they’ve spent the money. It means if the employer wants it done, they can’t hold the money back from the provider.”

He added: “There are differences here, profound ones, but if you net out the whole system, a provider still largely ends up providing training and getting paid through a government subsidy, but now its customer — as always should have been — will be the employer, not the government or one of its agencies.

“It changes who the training provider has as their customer. The customer should have the money — it focuses the mind of the vendor. I feel strongly about this point and I think it’s the heart of the review.”

However, Mr Richard said the changes would require administrative changes and questioned the current role of the Skills Funding Agency (SFA).

“There is a role for the administration of an apprenticeship system worth billions of pounds each year and somewhere between the current configuration of the National Apprenticeship Service and the SFA we need a new configuration,” he said.

The review was also welcomed by Professor Alison Wolf, from Kings College London, who carried out her own FE review last year in which she recommended businesses receive public subsidies for apprenticeships.

“This is a crucial step if apprenticeships are to deliver the skills employers need, and give enterprises the incentive to deliver high quality training.