Adult learners may have to pay VAT if they study with an independent training provider next year.

The 20 per cent charge, which will be applied as part of the “24+ advanced learning loan” scheme, will not affect “eligible bodies”, including FE colleges and not-for-profit organisations.

A spokesperson for HM Revenue & Customs (HMRC) said: “A provider of further education that is not an eligible body must charge VAT on its supplies of FE.”

Graham Hoyle, chief executive of the Association of Employment and Learning Providers (AELP), said the ruling was “nonsense”.

“As I have made clear to the minister and senior officials for the Department for Business, Innovation and Skills (BIS), the current position is simply unacceptable for two reasons.”

He told FE Week that it was not in the government’s interests for the take-up of adult apprenticeships to be adversely affected by the VAT requirement, especially when skills minister John Hayes had reiterated  its commitment to them.  It was also “blatantly anti-competitive” for the adult skills market.

“This requires an urgent resolution for my members to plan their business development strategies accordingly and for the government’s own skills strategy to be safeguarded,”  he said.

Mr Hayes, speaking at the AELP National Conference last week, said he had “no doubt” he would be making “a recommendation” to Chancellor George Osborne.

A spokesperson for BIS told FE Week:  “BIS are not in a position to offer advice or views on matters relating to VAT and the position of training organisations.

“The position on VAT will differ depending on the individual circumstances of different training organisations and therefore it is important that organisations seek their own independent advice.

“BIS have been in discussions with HMRC regarding the treatment of VAT for the fees charged to individuals in respect of education and training.

“This work has focused particularly on the position of private universities but we are also looking at how this applies to the fees charged in respect of provision funded by 24+ advanced learning loans.”

A spokesperson for AELP said the issue had “come out of the blue” and would affect how many providers delivered level 3 and 4 qualifications for adult learners.

“It could have a huge impact on whether providers are in the game or out of the game, because it’s already giving the not-for-profit organisations a huge advantage in price fixing,” the spokesperson said.

Gordon Marsden, shadow minister for further education, skills and regional growth, told FE Week the problem was because of the different legal statuses held by colleges and independent training  providers.

“If that is going to disadvantage independent learning providers, then I certainly think it’s something the government should be looking at,” he said. However, he later admitted there was “nothing immediately that can be done”. 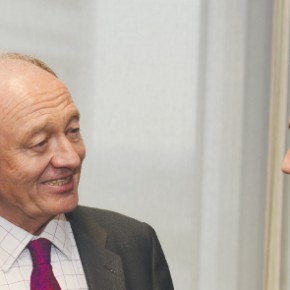