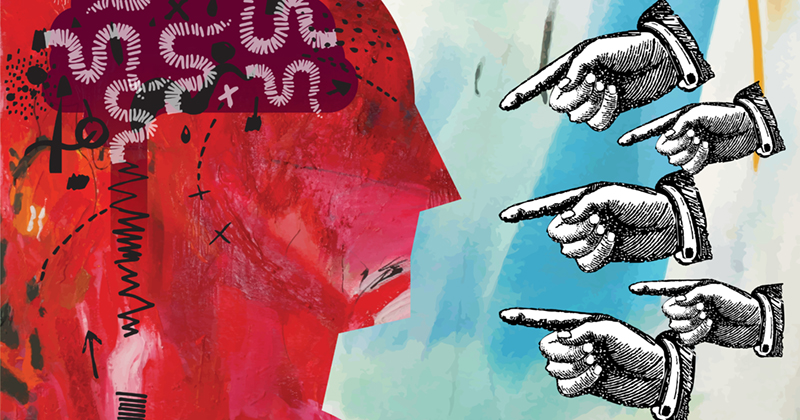 Taking a restorative approach so learners can say what they really think about sexual harassment is a powerful starting point, writes Tif Ward

For many staff in FE, there will have been a sense of familiarity in the claims of sexual harassment made on the Everyone’s Invited website, after the murder of Sarah Everard.

Some people on the website said they have felt unheard when they’ve made disclosures, because of the reactions of others. We know that young people sometimes report that their peers say that inappropriate behaviour is “banter” or just a laugh.

Young people can often feel as though they themselves have to be apologetic about what has happened, even if they were the ones who were uncomfortable. They don’t always know how to name what has happened to them in clear language, perhaps out of politeness or not wanting to be too challenging.

That’s why we’ve focused on open, clear conversations at our college. It’s important to normalise talking about healthy sexual relationships.

We want to encourage students to use the right language – not “he forced me to have sex”, but “rape”, for instance. And we want to have restorative conversations, so everyone, not only females, can be involved.

This is particularly important because some families in further education can often blame the victim or minimise experiences. Parents might say, “Well, what do they expect if they get drunk?” or “I told them not to go out and hang with those friends, they’re bad for them”, and so on.

So we need individual conversations on a case-by-case basis about language, including the language they’re using and what that means.

In a recent session on consent at our college, some male students were very challenging in their behaviours and attitudes. They were condoning a victim-blaming approach. We ran a restorative approach where we asked the other students how that language made them feel.

It was done in an expert way, and several of the males in that group realised, and fell away from the main leader. He was then picked up by safeguarding, to try to understand why he held that view.

‘Listen to the student voice’

It’s hugely important we give learners the chance to be really open about what they truly think. A restorative approach is a starting point for resolving that.

These conversations often result in a peak in disclosures in college, from female students but from all students, too. The conversations trigger something, and now is their chance to get help.

Colleges can do further things to normalise conversations about healthy relationships. Staff need to be visible and available in communal areas to observe groups, to spot issues with power dynamics.

The conversations trigger something, and now is their chance to get help

Increasing student voice is really important, such as taking learners to forums with the police, the constabulary and the crime commissioner, and to the governing board, too. This means change is escalated to the most senior levels.

We must include all students. We must emphasise the importance of having male friends if you’re a girl, for example, and vice versa. We need to acknowledge that toxic masculinity affects both boys and girls, and boys can also be victims of sexual harassment.

We also need to build awareness around some vulnerable young people with special educational needs and disabilities as they explore their sexuality, and how they can stay safe. Sometimes other students don’t know how to respond if they are approached romantically by more vulnerable learners, so it’s about supporting them too.

Ahead of festivals, it can be a good idea to hold conversations on how to stay safe in these environments.

Meanwhile, adult learners on campus can be brought in to share their experiences.

Colleges are in a unique position because they interact with so many different sections of society – they engage with learners, employers, families, business groups and so on.

We have to be mindful that these open, restorative conversations can’t just be for tutorial time. They need to be undertaken across the whole board, with everyone