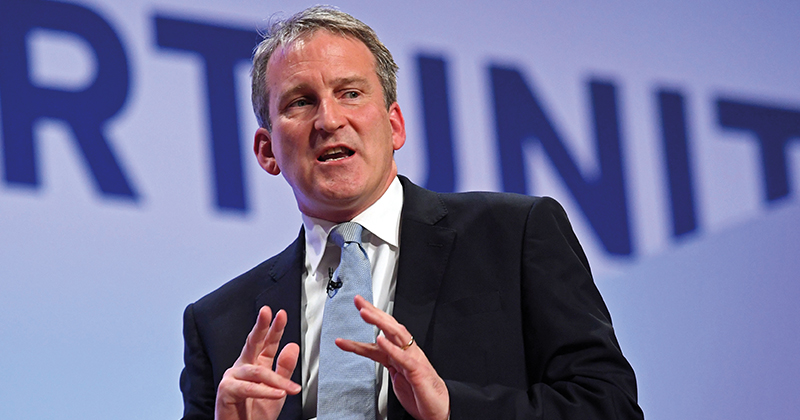 T Levels will get a boost this month with the creation of a cross-party group of MPs and peers to champion them.

Damian Hinds, who oversaw the qualification’s development while education secretary from January 2018 to July 2019, is behind the all-party parliamentary group (APPG) and has put himself forward as chair.

It is funded by the Education and Training Foundation (ETF), The Gatsby Foundation, and engineering multinational AECOM.

MPs and members of the House of Lords are set to meet next Tuesday to elect a chair. Skills minister Gillian Keegan cannot be a member, but is set to attend the inaugural meeting.

Speaking to FE Week, Hinds said parliamentarians had a “big interest” in how T Levels would be “increasing in geographical footprint around the country in the next few years, as well as getting into more subjects”.

On how the group came together, he cited his “very strong personal interest” in T Levels as an “important initiative” so he personally wanted us to have an all-party group for a while”.

The prospective group members have agreed to focus on: “Matching to the technical skills UK businesses need now and in future; the role T Levels can play in improving social mobility and workplace diversity; and the link-up with wider technical/vocational routes and career paths”.

Hinds said the group would particularly focus on events and “bringing parliamentarians together to hear more about T Levels”.

Hinds would not wish timing of T Levels ‘on anybody’

APPGs are informal groups that focus on specific countries or policy issues. External organisations typically fund a secretariat for an APPG.

They have come under increasing scrutiny in recent years, with the Committee on Standards launching an inquiry last October into the “transparency and appropriateness of funding of APPG activities and secretarial support”.

Hinds said the funding organisations were “three very strong partners to have for this group and come at it from slightly different perspectives”.

Quizzed on the rollout of T Levels, he defended the government’s decision not to set fixed targets for student numbers.

FE Week previously reported the DfE had only set estimates, which its latest T Level action plan from January showed it had not met.

The lack of fixed targets was criticised by former skills minister John Hayes at a Westminster Education Forum webcast last month. He said targets were vital to “gauge success”. He had “never bought the argument” there could not be an equal focus on quality and quantity when rolling schemes out.

Hinds said “integrity is what this is all about”, but he was confident the numbers of students, providers, and subjects involved in T Levels would increase over time.

The East Hampshire MP “would not wish it on anybody for the timing to fall where it did”, as T Levels rolled out during the Covid-19 pandemic.

But he “100 per cent, absolutely” stuck by his decision to issue a ministerial direction in May 2018 committing the qualifications to roll out last autumn.

This was despite the DfE’s then-permanent secretary Jonathan Slater asking for a year’s delay, as a 2020 start date would be “very challenging”.