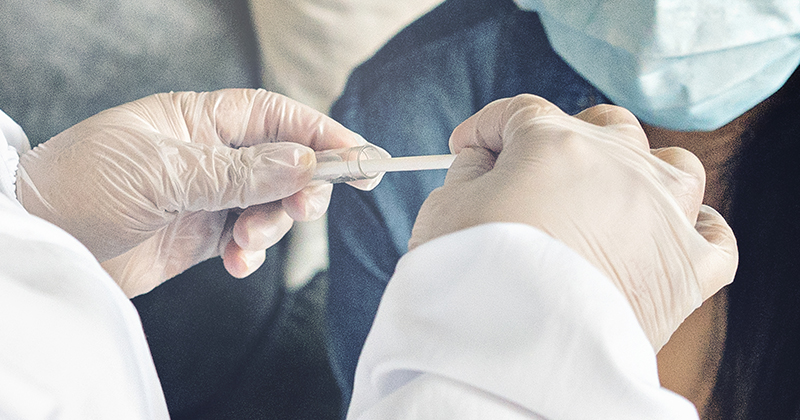 Unions and professional associations have said they will fully back schools and colleges that are “unable” to deliver mass testing from next month, claiming it will be “inoperable for most”.

In a statement today, the groups said “no school or college should come under pressure if they are unable to implement these plans, or if they believe it would be unsafe to do so”.

The statement, issued by the NAHT, ASCL, NASUWT and the National Education Union, along with the National Governance Association, Church of England Education Office, Association of Colleges and Sixth Form Colleges Association, comes amid uproar from the sector over the last-minute announcement of mass testing after the Christmas break.

A Department for Education press release, published yesterday, stated that “testing will be optional but strongly encouraged, particularly in areas of higher prevalence of the virus”.

However, the relationship between the government and the sector appears to be at an all-time low after the eleventh-hour announcement, which included plans to stagger students’ return after the Christmas break. It came just days after ministers took legal action against a council last week over plans to move schools to remote learning for the last week of term.

In their joint statement, the organisations said the “chaotic and rushed nature” of the announcement, coupled with a “lack of proper guidance, and an absence of appropriate support” meant the government’s plan in its current form “will be inoperable for most schools and colleges”.

The unions added any school or college unable to set up the testing system will “will receive the full support of our respective organisations. Any of our members who come under unreasonable pressure are advised to contact us immediately.”

Ministers announced on Tuesday that secondary school and college staff will get routine weekly tests from January and that staff and pupils who were close contacts of positive cases will also get a daily test for seven days so they don’t have to self-isolate.

The DfE has since announced that schools and colleges will be sent additional tests so that students can have two tests, three days apart in the new year, even if they are not a close contact of a confirmed case.

Bill Watkin, chief executive of the Sixth Form Colleges Association, said: “Schools and colleges have made herculean efforts to play their part in protecting and teaching young people throughout the last year. They should not feel rushed into a testing programme for which there has been insufficient time and opportunity to prepare.”

David Hughes, chief executive of the Association of Colleges, added: “This is not about whether or not testing is the right thing to do – it is about doing it properly.

“The announcement on Thursday simply puts unfair pressure on leaders and staff who have already had to endure so much over the last nine months because having mass testing in place by 4th January is an impossible target for most. College and school leaders are being set up to fail and that’s not right.”