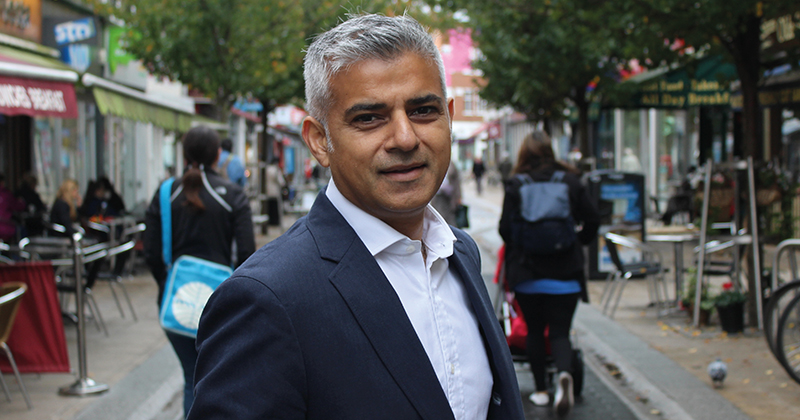 The mayor of London will increase the funding rates for all adult education budget qualifications up to and including level 2 by 10 per cent next year.

Last year, Khan increased funding by £77 for eligible English and maths qualifications – at an estimated cost of £2.7 million.

With few exceptions, the national AEB rates for courses funded by the ESFA have remained unchanged since they introduced the ‘Single Activity Matrix’ in August 2013.

As inflation and other costs rise the unchanged rates represent a real-terms funding cut every year so pressure has been building on the government to increase the rates, as they have done this year for 16 to 19 year-olds.

Just last month, the AoC called on the government to raise the adult funding levels to the same as those for 16 to 19-year-olds.

Khan’s uplift for 2021/22 will be funded through the Greater London Authority’s devolved AEB at an estimated cost of £14.9 million

A spokesperson for the GLA said the budget increase had been made possible through money being “brought back” into the capital by ending funding for providers outside the London Fringe.

Association of Colleges’ area director for London, Mary Vine-Morris, said the increased funding for provision for those with no or low level qualifications is a “welcome first step in addressing the decade of under funding for adult learners”.

They mayor has also announced today that he will use a further £10 million to launch an ‘adult education recovery fund’ targeted at areas such as digital, health, social care, the environment, and creative and cultural industries.

A GLA spokesperson told FE Week the fund will aim to “support people most affected by the pandemic to access the skills they need to progress into good jobs” and could be an “expansion of current examples of good practice provision or the development of new high quality provision”.

GLA-funded training providers will be invited to bid for the funding “early next year”.

“Working together, we can make sure Londoners hit hardest by the economic impact of the pandemic have the help they need to secure a better future for themselves and their families.”

Vice-chair of the Association of Employment and Learning Providers and chief operating officer of Estio Training, Nichola Hay, said: “The funding increase for essential skills qualifications up to and including level 2 is especially welcome because the importance of these qualifications is not always recognised at a national level and this underlines the case for the devolved regions, including London, to bring forward their own solutions to solve skills shortages.”

At the time of going to press the ESFA had not confirmed the national AEB rates for 2021/22.