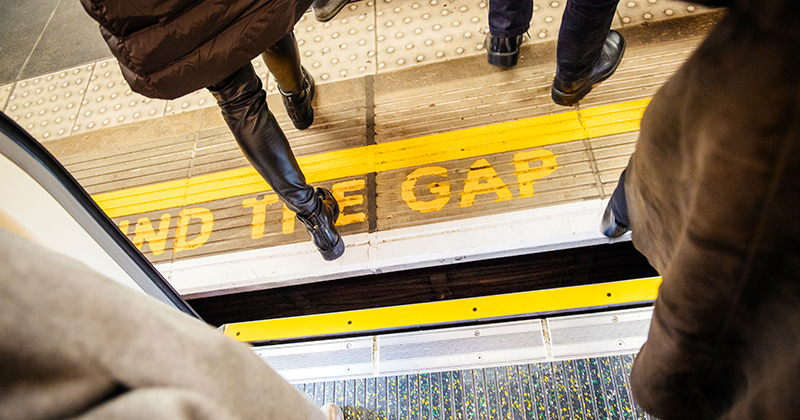 Mind the gap! Warm words from ministers on skills can’t conceal the gulf between rhetoric and reality, writes Toby Perkins

Three months on from the prime minister’s proclamation that he would lead a skills-based recovery, two recent examples of the government’s neglect for further education continue to undermine it.

Firstly, it will be a huge frustration to the sector, that while the government unconvincingly adapts GCSE and A-level exams taking place next summer, the more immediate crisis of BTEC students due to sit exams in January appears to have been completely overlooked.

To date, there has been no additional support from the government for BTEC students to catch up on missed learning due to Covid-19, and now there is a staggering lack of preparations for their impending exams.

BTEC students studying practical courses have seen a big reduction in the amount of learning they’ve received with many of them on rotas and missing as much as 50 per cent of their hands-on technical education in fields like mechanics, hair and beauty and welding.

In a cruel twist of fate, the number of BTEC students sitting exams early in the New Year has increased after measures were introduced to strengthen the qualification.  Currently there are estimated to be 130,000 students due to sit exams in January who are affected by the uncertainty.

It is not just the preparedness of students for BTEC exams but also of their FE institutions which is worrying me.

Colleges have received nothing by way of exams support from ministers, with the end of term almost upon us. Colleges face additional costs in delivering socially distanced exams, in funding extra cleaning of exam halls and PPE for exam invigilators and staff. The government must urgently review the funding available for colleges, ensuring they don’t lose out by doing the right thing to protect their students and staff.

The government is badly neglecting students and institutions and must urgently set out how it will ensure exams can go ahead safely and, in a manner, which is fair to students who have lost substantial amounts of teaching.

The second recent example of government neglect came through the FE Week revelation that the ‘lifetime skills guarantee’, only applies to those level 3 qualifications that the government considers worthwhile with dozens of sectors, including hospitality and tourism excluded.

Not only have whole sectors been excluded, but anyone with a level 3 qualification who now needs to retrain into a new sector, precisely the people the prime minister’s Exeter College speech seemed to be talking about, will also miss out.

This is not only a personal tragedy for the individuals who will lose out; it exacerbates the skills shortages which exist already in our economy and undermines the prime minister’s central message from his Exeter College speech.

With these new developments, ministers have once again proven that FE is an after-thought for this government. At a time when retraining, upskilling, and educating should be at a forefront of the political agenda, this government continues to damage the prospects of our FE students and colleges by ignoring these key issues.