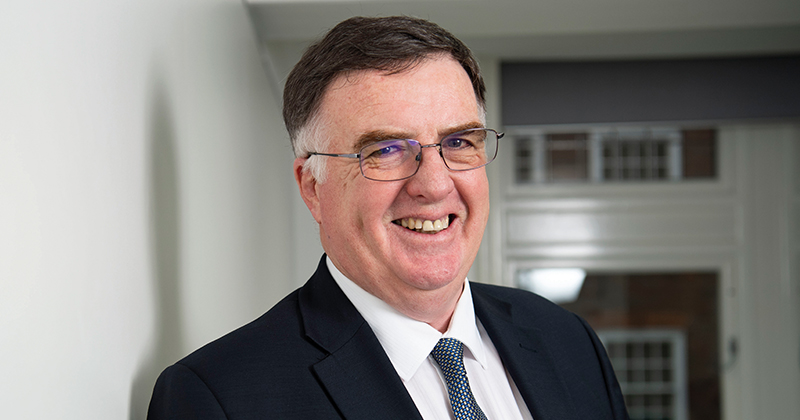 The FE Commissioner’s 2019/20 annual report has been published this morning – the last before Richard Atkins steps down from the role next March.

Here are six things we learned.

Thirteen colleges were referred for FE Commissioner intervention during 2019/20 – same number as 2018/19.

Of the 13 colleges entering last year, 11 received their first assessment visit during 2019/20. The other two colleges were subject to FE Commissioner intervention in previous reporting periods and were “re-referred”.

The majority (eight) of the 11 to receive their first visit entered intervention due to financial triggers.

A further three colleges were subject to a “refreshed intervention during this period” due to having been in “intervention measures for an extended period of time”.

As of 31 July 2020, a total of 35 colleges and other institutions, such as local authorities, were subject to FE Commissioner intervention – a 50 per cent increase on the 23 in intervention at the end of 2018/19.

This number included 19 colleges that remained in intervention from 2018/19, three of which were subject to “refreshed intervention”. It also included the 13 colleges and three local authorities that received their first assessment or were re-referred into FE Commissioner intervention in 2019/20.

3. Fifty principals are being supported by national leaders

The commissioner has a team of “national leaders” of further education (NLFEs) who are serving college leaders that have a “strong track record of delivering improvement”.

Atkins also has a team of national leaders of governance (NLGs) who are “experienced college governors and clerks with a strong record of supporting college improvement”. Both NLFEs and NLGs provide “strategic mentoring” to other colleges that need to improve.

As of November 2020, NLFEs and NLGs are currently supporting 50 principals, chief executives and governing bodies.

During the 2019/2020 academic year, an additional five NLFEs and four NLGs were recruited, taking the total number offering support to colleges to 19 – ten NLFEs and nine NLGs.

4. Lockdown ‘support’ given to 54 colleges

Formal commissioner visits to colleges paused as a result of the lockdown in March 2020, which led to Atkins’ team moving to a “new programme of direct support work for colleges, offered remotely”.

This support included reviewing finance forecasts and advice on staff restructuring as a result of the restrictions put in place due to the outbreak of Covid-19.

In total, 54 colleges “benefited” from this support during the lockdown period. Today’s report says the amount of time offered ranged from one to three days.

5. One out of 11 diagnostic assessments led to formal intervention

Diagnostic assessments occur at the request of individual colleges and involve the commissioner’s team looking at improvement plans and deciding whether those plans are fit for purpose or need strengthening. The goal is to prevent major problems from arising.

If the commissioner’s team find areas of concern, the college can be moved to undertake a structure and prospects review, or lead to formal FE Commissioner intervention.

The FE Commissioner’s team conducted 11 diagnostic assessments in 2019/20, of which one led to formal intervention.

“This means that 10 colleges were supported to improve earlier than would have been the case before the introduction of diagnostic assessments, helping to save money and protect learners,” the report reads.

During the 2019/20 academic year, seven structural review were started and are due to complete next year, subject to negotiations between the colleges and Department for Education.

According to the report, structural reviews are undertaken when a “change to the structure of a college or provision may be needed to maintain financial sustainability and high-quality opportunities for learners”.