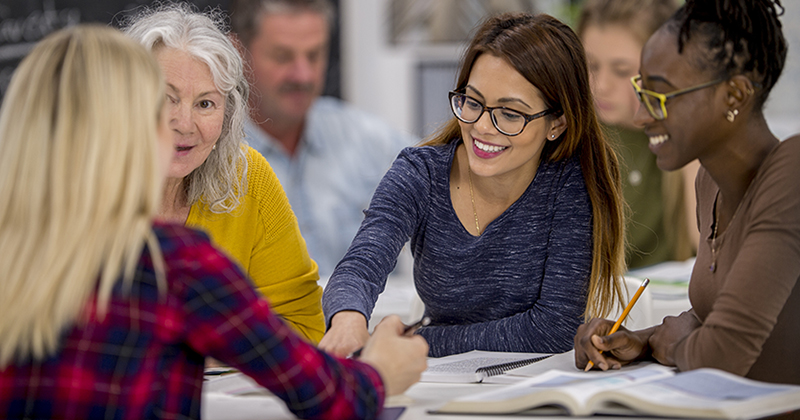 This was the prime minister’s message to the country when he launched the Lifetime Skills Guarantee on September 29.

Yet less than a month later the government wrote to the Trade Union Congress (TUC) to tell them that funding for the highly effective Union Learning Fund (ULF) would be scrapped from the end of March.

In the middle of a pandemic that is wreaking havoc in the jobs market, scrapping funding for a programme that helps people retrain and gain new skills is nonsensical.

Established under the Labour government in 1998, ULF’s aim was to work with employers, employees and learning providers to encourage greater take-up of learning in the workplace and develop the capacity of trade unions.

At the time, I was a trade union education officer for Unison in the East Midlands and saw for myself the difference the ULF made to our members, particularly those who had left school without qualifications.

People who thought learning was not for them gained the confidence to give it another try and it’s no exaggeration to say it transformed lives.

I saw hospital cleaners and council refuse collectors discover a love for learning and use that discovery to encourage their workmates too ̶ becoming Union Learning Reps and working with their employers to spread the word.

I saw workers gain promotions, go from basic skills to higher education and burst with pride as they received their certificates in front of their friends, family and colleagues.

For over 20 years the ULF has enabled millions of people to improve their skills and progress at work.

Meanwhile, a new report from the Joseph Rowntree Foundation and Social Mobility Foundation has found that adult education is associated with higher wages and an improved chance of moving job.

Today, the fund supports around 200,000 people a year to learn and develop new skills. It is supported by over 700 employers, including such well-known brands as Tesco, Boots and British Steel.

The ULF costs the Treasury just £12 million a year and in return the fund delivers a £1.4 billion boost to the economy through increasing jobs, wages and productivity.

Support to retrain and gain new skills has never been more important. By the end of the year, an estimated one million young people will not be in education, employment or training. They face an uncertain jobs market and uncertain future.

The prime minister’s Lifetime Skill Guarantee does not provide any funding until April 2021, but funding for new opportunities is needed now.

Unless the government takes urgent action to ensure people at risk of unemployment and those who have lost their jobs during the pandemic can access training, we risk leaving them without new skills, without new opportunities and without the chance to find new employment.

Against such a critical backdrop why would the government scrap a fund that its own evaluations say is effective?

Answers lie in the Department for Education’s letter to the TUC in October explaining the decision to close the fund.

It read: “We are investing much more in adult skills retraining, and doing so through a broad offer, rather than a small, dedicated fund promoted through the union network.”

Put simply, the government’s objection to this effective and cost-efficient programme is that it is managed by the unions.

I was proud to lead this week’s Union Learn debate in parliament and Labour MPs from across the country urging the government to rethink this politically motivated decision, which is not just an attack on unions, but on workers up and down the country wanting to learn new skills and support our economic recovery.

The government’s attack on the ULF shows Boris Johnson is more interested in playing politics than improving people’s life chances.