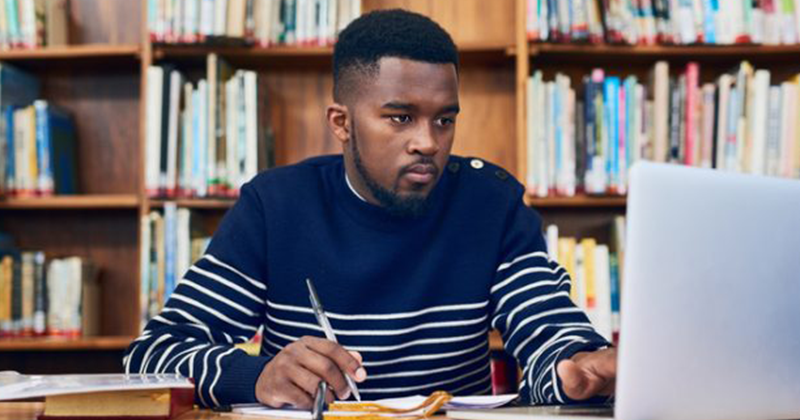 Too many colleges and employers have a ‘diversity and inclusion’ policy but go no further, writes Jeremy Crook

Will 2020 mark a turning point in how employers and the FE sector deal with racial inequalities?

Those of us working with black and Asian young people are still waiting to see.

There has been some progress – black and Asian apprentice numbers have increased. In the past decade the proportion of BAME people starting an apprenticeship has increased from nine per cent to 15 per cent.

But across primary and secondary education in England, BAME groups represent 34 per cent of the student population. It’s not enough progress.

Think about this: young black and Asian people are at least twice as likely to be unemployed as young white people, whatever their qualification level. Only eight per cent of apprenticeship starts for 16-19-year-olds are from BAME backgrounds.

The Black Training and Enterprise Group (BTEG) was set up nearly 30 years ago to influence the new training and enterprise councils (as they were then called) to tackle racial inequalities in skills and employment.

There have been many more initiatives since then, but none has managed to transform the race disparities in apprenticeships.

It seems that many employers, especially in STEM-related sectors, do not recognise the benefits of ethnic diversity.

It also appears that FE colleges and other organisations that interface with employers have been reluctant to challenge unfair and poor recruitment practices.

Racial bias in recruitment remains conscious, unconscious and widespread. Some employers and their national bodies have avoided facing this issue head on. This has to change.

Too many employers, training providers and colleges are still stuck on the first rung of the race equality ladder: they have an equality or diversity and inclusion policy but go no further.

Not long ago, I facilitated a workshop in Bradford for textile employers, organised by the council and an FE college.

The college had built good relationships with textile employers offering high-tech jobs but struggling to recruit locally. Despite Bradford’s ethnically diverse population, the employers said they were unable to recruit talent from Asian communities.

Listening to the employers it was clear that they were ready to reach out to diverse communities. But at the same time it was equally clear that they held stereotyped and outdated views about why.

Asian people were “not applying” to their firms, although none was conducting any ethnicity monitoring to see what the actual application rates were.

The workshop prompted a council initiative to help employers adopt fair recruitment practices. This is something that should be happening routinely, although perhaps it is difficult for certain stakeholders to play this role because they have not always got their own house in order when it comes to ethnic diversity either.

Regrettably the government no longer publishes application data by ethnicity but previously published data for 2015/16 showed that around 25 per cent of all apprenticeship applications were from ethnic minority people.

Meanwhile, only around 10 per cent of those starting apprenticeships in the same year were from an ethnic minority.

These figures dispel the widely held myths that black and Asian young people and their parents lack awareness of apprenticeships or are reluctant to apply.

But BTEG still wants much more to be done to tackle poorer success rates for black and Asian apprenticeship applicants. Application data is important in achieving this and should be shared with employers and colleges.

We are also calling on the Department for Education to set a stretch target (one that requires entirely news ways of working) for the number of 16-18-year-old black and Asian apprenticeship starts in growth sectors over the next four years.

The FE sector should be a catalyst for change. Let’s finally make this happen.