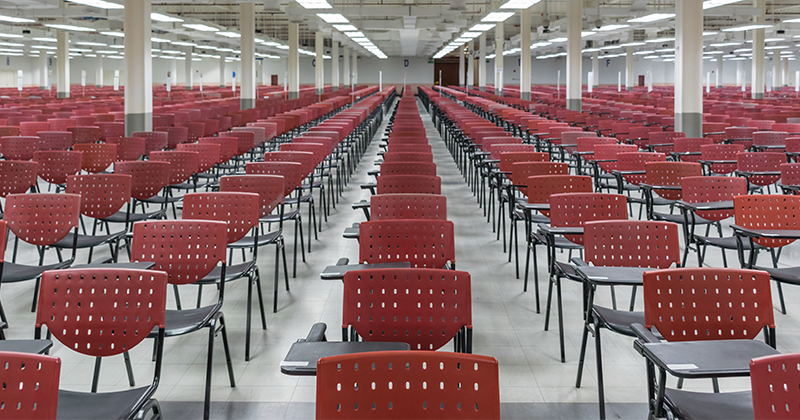 Students will still sit one GCSE English and one GCSE maths exam before the summer half term next year, despite a move to push most other exams back by three weeks.

The Department for Education has confirmed today that most GCSE and A-level exams will take place three weeks later than usual in 2021, to give learners more time to prepare.

However, the department said one English and one maths GCSE exam will still take place before May half term “to help manage potential disruption”, along with some A-level exams in subjects with “typically low” student numbers.

The summer half term in 2021 will start from 31 May. It is the usual time that GCSE English and maths exams are sat each year.

All other exams next year won’t start until after June 7, continuing until July 2.

The DfE has also confirmed there won’t be any further content changes beyond what has already been announced.

The DfE said more detail would be published “later in the autumn”, in order to “ensure students have confidence that they will be fairly treated in terms of assessment in 2021”.

Ministers announced in June that they were consulting on a potential delay to exams in 2021, along with other changes to try to address disruption faced by pupils and schools and colleges.

The outcome of that consultation was published by exams regulator Ofqual in August. It set out content changes for GCSE and A-level exams aimed at safeguarding public health. It also announced changes to bring in more option content in some subjects.

However, the consultation outcome stated that more time was needed to consider the timing of exams.

Today’s announcement confirms rumours that the DfE was proposing a three-week delay, and details of how the system will work.

The government said the decision to hold the two English and maths GCSE exams before half term, which means a longer gap between them and other exams in the subject, will give year 11 pupils affected by Covid-19 “the best possible chance of still sitting a paper in each of these core subjects”.

The DfE also said that “no further subject-level changes to exams and assessments will be made for GCSEs, AS and A-levels” beyond what was set out by Ofqual in August.

Education secretary Gavin Williamson said: “Students have experienced considerable disruption and it’s right we give them, and their teachers, the certainty that exams will go ahead and more time to prepare.

“I will continue to work closely with stakeholders and I’m grateful for the commitment and willingness that’s been shown in delivering this additional time to ensure young people have the best opportunity to succeed.”

However, the DfE said today that its engagement exercise with the sector would last for six weeks, meaning schools could be facing a long wait to hear what other contingency plans are to be put in place.

Geoff Barton, general secretary of the ASCL school leadership union, said he was “dismayed” by the announcement, and said delaying the start if exams would be “of marginal benefit when compared to the loss of learning from the national lockdown and ongoing disruption”.

“It has taken the government an eternity to reach a very inadequate response to the scale of the challenge which lies ahead for students who are taking GCSEs and A-levels next year.”