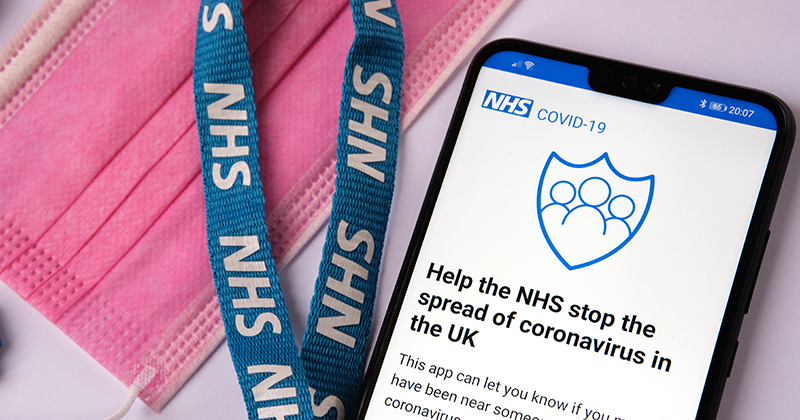 The government has suggested that schools and colleges with bans on mobile phones relax their policies in order to allow students to use the NHS Covid-19 app.

New guidance issued by the government even talks of the benefits of the use of smartphones by students during the school or college day, despite recent support from ministers for schools that ban phones from their sites.

The app, which uses bluetooth to track whether people have come into contact with confirmed Covid-19 cases, is a “key part of the country’s ongoing coronavirus response, aiming to extend the speed, precision and reach of NHS Test and Trace”, the guidance states.

While there is “no requirement for settings to change existing policies on the use of mobile phones by students due to their use of the app”, the guidance goes on to state that schools and colleges “may want to do so if they currently do not allow mobile phones on site”.

“There are likely to be benefits to settings, if a number of students and staff have the app and make use of it during the day. This is because the information it provides may help to limit the number of other students and staff who are required to self-isolate when there is a positive case.”

Under government guidance it is the decision of a school’s or college’s leader to determine whether or not mobile phones should be allowed on site.

However last year, schools minister Nick Gibb stated his “own view is that schools should ban their pupils from bringing smartphones into school or the classroom”.

And in 2018, health secretary Matthew Hancock, then culture secretary, encouraged schools to ban mobile phones in order to protect pupils.

The NHS app is available for anyone aged 16 and above, meaning nearly all college learners will be eligible to download it, along with college staff.

The new guidance also states students may be informed whilst in school or college that “they have been in close contact with a positive case”.

However, use of the app in schools and colleges “does not replace the requirement of individuals to social distance or to report positive cases to the setting”.

The guidance advises students or staff who receive a notification they have been in close contact with a confirmed case to isolate, while learners should also inform a member of staff.

“No further action is needed unless the student or member of staff goes on to become a confirmed case themselves”, the guidance adds.