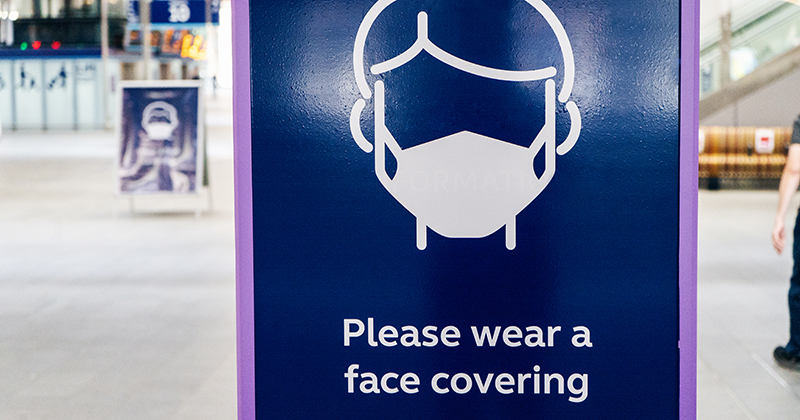 Lack of a blueprint for keeping colleges safe partly explains why one college even considered ‘alternate weeks’, writes Stuart Rimmer

My great friend Craig, who features in many of my stories, is a builder. I was chatting to him about restarting college life and how government kept issuing guidance after guidance through the summer. He asked, “Don’t you just get given a plan?”

I was stunned into silence. He went on to tell me that he never starts any (re)build without a clear and agreed plan. A blueprint of what it needs to look like – so everyone is happy, costs are controlled or fairly allocated and quality delivered.

Embarrassed, I fudged an answer that consisted of attempting to explain the freedoms of incorporation, representative bodies, nuances of governance and local context, of some colleges having more money than others (so could do more than others), the complexity of staff and union consultation, and so on. But in the end he was simply correct.

For every college there appears to be a different way of approaching re-opening in the context of Covid. We’ve all taken DFE “guidance” and attempted to apply it with sense and integrity. But without a clear and unchanging set of rules the problem is that some of us will undoubtedly get it wrong. What is considered “reasonable” by one college would be considered against the rules in another.

We are experts on pedagogy, not virus control

Some colleges set out their positions early in the summer to help with staff planning. Others waited. Should we use temperature testing? Who knows? Should we wipe down after each class? To mask or not to mask? How big can a bubble be? What proportion of provision should be online? Does anybody know?

College leaders can’t agree. Some are at 20 per cent online, some even chancing their arms at 50 per cent flip week timetables – as we saw with a college last week.

The college announced plans to alternate students between on-site provision and working from home each week, and then U-turned after an outcry from parents.

The ESFA has also started phoning around checking onsite attendance – prompting the question, does it have a view of what is right or wrong? We were told to use our judgement, and so we used our (totally unqualified epidemiological) judgement as best we could.

Other colleges have taken a pragmatic or generous view of “social distance where possible”. In my own college, we are trying to deliver a full onsite timetable to provide some normality and opportunities for learners (before Boris Johnson almost inevitably shuts us down again).

But among students and frontline staff and leaders, there is a huge spectrum of views. In the same day, it was suggested to me we shouldn’t bother with any mitigation as Covid was a “conspiracy”, while other staff told me they feared leaving the house.

This polarised difference of opinion, which mirrors the wider public, is playing out in every college in the country. What’s important is that they are all valid views, but it makes effective delivery almost impossible.

We all carry personal bias into this scenario. Leaders try to navigate this logistical nightmare by implementing best-fit plans. This is far from a criticism of colleagues, in whom I have witnessed a stoicism and can-do attitude of which we should be fiercely proud.

But we are fighting the Covid battle from a position of inherent weakness. We are experts on pedagogy, not virus control.

We are likely to experience local lockdowns over the coming weeks and months, which will disrupt and damage learning, but if the government had provided a clear, unambiguous and mandated blueprint then at least we would have begun the term with some consistency.

Without a plan, have we built the start of the academic year on shaky foundations and will the walls come tumbling down?

It remains to be seen, but I can tell you now that Craig wouldn’t have started this without his signed-off blueprint. Should we?