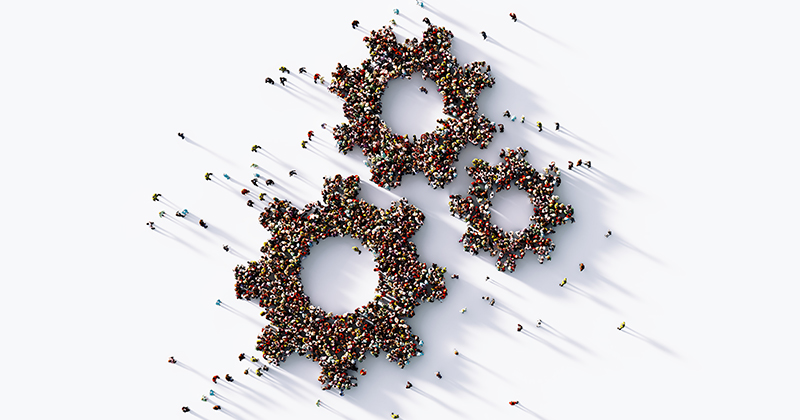 To truly level up the country, instead of arbitrary targets we need a joined-up system of higher and further education where every student has access to the courses that are right for them, writes Andy Norman

After two decades of steady progress, Tony Blair’s target for 50 per cent of young people to participate in higher education was finally reached last year. Less than 12 months on, however, and the current Conservative government has officially dropped the target, preferring instead to boost further education in order to ‘level up’ the country, sparking fierce debate inside the party.

Formally dropping the target for half of all young people to participate in higher education has unsurprisingly proven controversial in the Tory party, given the value university education holds in the minds of Conservative core voters. In this vein, former universities minister Jo Johnson recently hit out at what he labels “Tory uniphobia” and called not only for the target to be reinstated, but for it to be raised from 50 per cent to two thirds.

But this is also a Tory party swept to power by voters in the midlands and the north “lending” Boris Johnson their votes. The Johnson government has made levelling up these parts of the country and reducing regional inequalities its central domestic policy agenda. Stemming the rise in university participation in favour of a revitalised further education system is seen by the government as a necessary step in achieving this. Are they right?

The rise in higher education participation has not been spread evenly

Graduates outside London and the South East are also less likely to be working in graduate roles. 53 per cent of recent graduates in the North East are in non-graduate roles, the highest in England, compared to 41 per cent in London. Graduates in the north and the midlands also earn significantly less than those in the south five years after graduating.

As CPP has argued previously, the geography of levelling up should not be limited to a simple north-south divide, with pockets of deprivation in even the most prosperous regions – such as Newham in London or Thanet in the South East. The strong negative relationship between levels of deprivation and the share of the local population with a higher qualification remains as strong now as in 2004. The gap in progression rates to higher education between pupils on free school meals and the rest reached 18.8 percentage points in 2018/19, its highest level since 2006/07. Graduates from the most disadvantaged quintile of the population also earn 20 per cent less than those from the least disadvantaged quintile five years after graduation.

Beyond arbitrary targets and towards a balanced approach

In the time since Tony Blair announced the 50 per cent target, the promotion of higher education has gone hand in hand with the neglect of further education. Some rebalancing is certainly necessary if we want to level up the country and drive inclusive growth. However, simply switching to an arbitrary participation target for FE would be no silver bullet either, as the Cameron government’s ill-fated 3,000,000 apprenticeship goal powerfully demonstrated. Above all, we must resist the temptation to see higher and further education as two siloed sectors battling out a zero-sum-game.

To truly level up the country, instead of arbitrary targets we need a joined-up system where every student has access to the courses that are right for them. Targeted measures to boost university participation among under-represented groups will be important, as will ensuring the best further education opportunities aren’t captured by already advantaged groups, as is currently the case for the most coveted apprenticeships. The two sectors should also be encouraged to work together as much as possible for the benefit of learners and local economies, following the example of those already doing so.

Ultimately, what really matters for learners and for places is high quality provision that genuinely creates a passport into quality employment – whether that be through higher education, further education, or a blend of the two. This goes beyond political posturing in set-piece speeches or even delivering fair funding. As previous CPP research has shown, it requires in large part helping young people to navigate what is an extremely complex post-16 education system – promoting high quality provision and rooting out substandard courses. Rather than arguing over which siloed system is best, ensuring equality of access to quality learning across the board is the best way for post-16 education to tackle place-based inequalities in England.