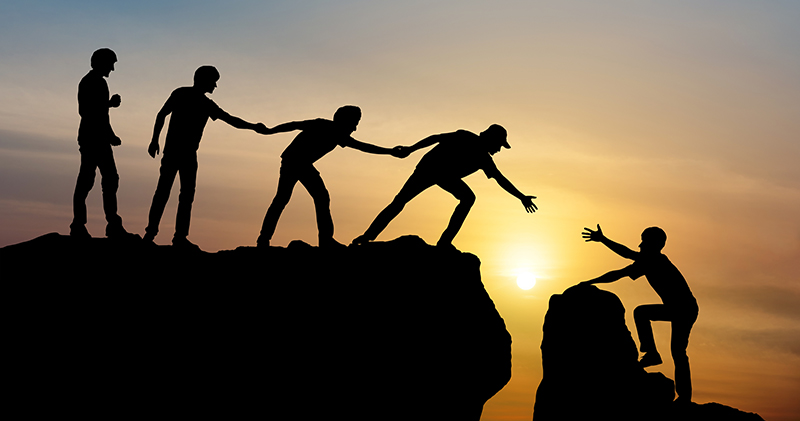 College leaders have expressed concern about the ‘gaps in knowledge’ of new level 3 students starting in September after nearly four in five GCSE students achieved a pass this year.

They are calling for flexibilities in how they can spend a £96 million catch-up fund for students, announced by the government last month to help students whose schools and colleges have been closed down since March.

The funding can currently only be spent on students who have not achieved a grade 4, formerly a C, in GCSE English and maths by age 16.

Yet results released today showed GCSE passes have risen by 8.9 percentage points after the government allowed students to receive the highest of either their centre-assessed grade or the grade calculated by their exam board – sparking fears of grade inflation.

East Coast College principal Stuart Rimmer said enrolment this year has become “more complex than ever, especially around grade inflation, combined with a lack of Year 11 teaching in many schools since the lockdown”.

He said colleges, which have become “over reliant on simply GCSE grades”, will need to use induction and diagnostic assessments “in a much more sophisticated way and think how to bridge skills and knowledge gaps in those first few critical weeks”.

He supports the idea of catch-up funding, but says it needs to be issued as a grant and without “complex audit regulations”, as different colleges and groups within them will require different support.

“For some it’s increasing workshop time, others it’s English and maths (especially in light of huge increase in grade performance), while other students will need more one-to-one tutoring either academically or emotionally. Flexibility is the key.”

The principal of Brighton, Hove and Sussex Sixth Form College William Baldwin also expressed concern about result inflation, saying there will be fewer students with grade 3 coming through this year.

He proposed a “simple way” to adjust catch-up funding would be to allocate the money to all students with a four and below in English or maths “to ensure we are engaging with all borderline students”.

“The money need not be used for English and maths per se, but to help them transition to level 3 learning, or make a success or their level 2 courses.”

The Association of Colleges has asked the Department for Education to allow flexibilities in how the catch-up funding is spent, with its chief executive David Hughes saying the disruption caused by the COVID-19 lockdown will affect all students, so they want colleges to be able to “flexibly work with those students most in need of extra support”.

Absolutely – we are asking @educationgovuk to allow the catch-up funding to be used for that https://t.co/V26NqGH0QS

He said it was “clear some borderline students starting on level 3 study may need ongoing support with English and maths” and had asked the DfE to allow colleges to be flexible with their catch-up funding allocations in a number of ways, including through allowing smaller groups throughout the year so “students have the bespoke support they need for them to succeed”.

The Department for Education confirmed the AoC had raised the matter with them, but reiterated that students who received support “all need to be those who had not achieved a grade 4 or above in at least GCSE maths or English by age 16”.