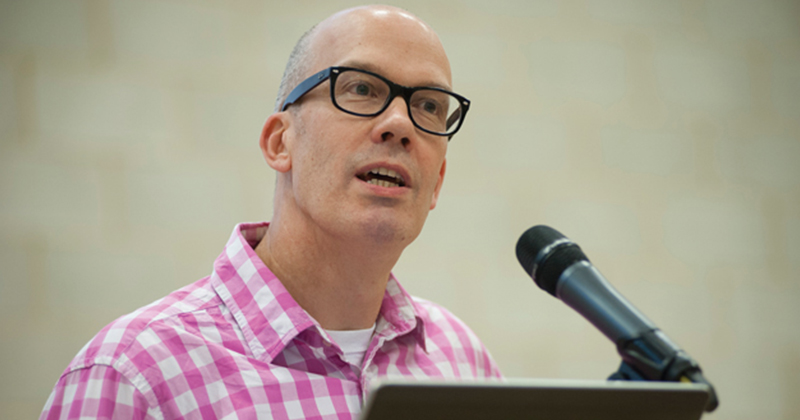 An Ofqual adviser has broken ranks to brand the handling of this year’s results as an “absolute shambles”, suggesting the only solution to quell the growing outrage may be to award pupils their teacher grades.

Professor Rob Coe, who sits on the regulator’s standards advisory committee, told the Radio 4 Today programme the awarding of calculated grades has been a “tragedy and travesty” for young people.

While he said Ofqual was in a “completely no-win situation” and pointed out that results days every year lead to disappointment for some pupils, he said: “It’s definitely been amplified this year.”

He admitted there “isn’t a great way out”, but concluded following Scotland and now Northern Ireland by awarding pupils their centre assessment grade may be the only way forward “given the mess we’re in”.

“The big downside of just going with teacher assessed grades is the problem of grade inflation, that’s a problem because too many people would qualify for university, or further destinations at GCSE.

“That seems like a relatively minor problem compared with the amount of outrage that’s out there and the political momentum that this whole thing is taking on, particularly if the cap is lifted on university places.”

However, he said that “much less applies in the case of post-16 destinations… [which] are more elastic and can expand to take more students.”

The Telegraph reported today that the Ofqual’s own board is split on whether to ditch its own algorithm and just award pupils their CAGs.

It comes after the regulator sparked further outrage on Saturday by removing its own appeals guidance just hours after publishing it. The guidance still remains under review, but the regulator has been slammed for secrecy around what’s going on – with downgraded pupils desperate to know whether they can challenge their grades.

Education select committee chairman Robert Halfon told Talk Radio that Ofqual “needs to stop behaving like cardinals at the Vatican, shrouded in secrecy, and actually come out and communicate… What on Earth has gone on in that organisation?”

Cabinet Office minister Penny Mordaunt this morning tweeted that, after students “lost out on so much this year”: “We must ensure that bright, capable students can progress on their next step. Delaying a year won’t be an option, and it shouldn’t be an option. For many it will mean falling out of education.”

Coe also added: “People in schools are just tearing their hair out at their inability to support students who have had their lives wrecked and they don’t know what the process is because we haven’t had that guidance published. The whole thing is an absolute shambles.”

Northern Ireland has this morning announced it will award GCSEs based on teacher grades, with sector leaders calling on the English government to follow suit.

Dr Simon Hyde, the incoming Headmasters’ and Headmistress’ Conference general secretary, said awarding CAGs is the “only way now to stop this intolerable strain on students and teachers”.

He added: “Whilst we accept that the unavoidable outcome is grade inflation, we believe this is the less bad option when tens of thousands of students are facing unfair grades, thousands of schools are facing an as yet undeveloped appeals process and most of us need to concentrate our energy on supporting the Prime Minister’s desire to reopen our schools in a few weeks’ time.”

But Coe, who advises Ofqual on how to maintain standards of qualifications, also warned that awarding CAGs would result in “issues with comparability, and the next year is the one where that really bites… it does have implications, it’s not a cost-free solution”.

Other issues highlighted with awarding CAGs are that it could be unfair to pupils who attended schools that were more cautious in awarding grades– rather than schools that over-egged their predictions.

It would also cause a headache for universities, many of whom have already filled their places for next year. Although Coe has suggested that lifting the cap on university places – and allowing them to take in more pupils – could help solve the issue.

Education secretary Gavin Williamson has reportedly refused to answer questions on exams from reporters outside his home this weekend.

But he told the Times on Saturday that there would be “no U-turn” on the grading system as it would lead to grade inflation.