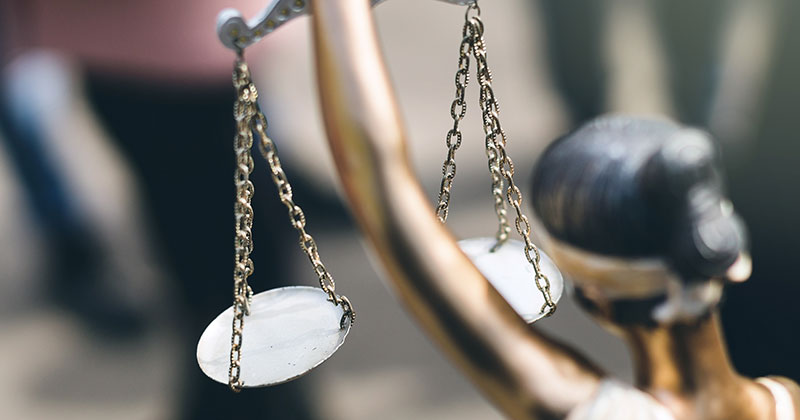 The government may face legal action on behalf of students affected by this year’s A-levels debacle.

At least two legal challenges are in the early stages of being mounted, following upset across England in response to grades issued yesterday.

It comes after the Equalities and Human Rights Commission warned it may intervene following a day of misery which saw 39.1 per cent of grades downgraded via the standardisation process.

Exam centres reported their students have missed out on university offers and other opportunities because results issued by exam boards were much lower than those given by schools.

Yesterday, law firm Foxglove said the A-level algorithm was “unfair and possible unlawful”, and that it was gathering evidence ahead of a potential judicial review.

The firm is supporting student Curtis Parfitt-Ford, whose petition calling for a fairer system has amassed over 135,000 signatures as of this morning.

And Jolyon Maugham, director of the Good Law Project, has announced this morning that his organisation was mounting a legal challenge to “compliment” the one brought by Foxglove.

Maugham said the challenge “will focus on the unfairness, and in particular the limited and flawed appeal rights”.

It comes as pressure mounts on ministers to address unfairness in the system for awarding grades this year.

Following the cancellation of exams, schools and colleges were asked to provide centre-assessment grades for their students, which were then standardised by exam boards.

Ofqual and the government have defended the standardisation process, insisting it was necessary to prevent grade inflation. They also pointed to a 2.4 percentage point rise in the proportion of top grades this year as evidence that the system had worked.

But exam centres have warned that the overall results mask volatility and inconsistency in the grades at a pupil level, and are expected to appeal against large numbers of grades issued through the process.

Although most of the grades downgraded were only lowered by one grade, 3.3 per cent, well over 20,000 grades, were adjusted down by two and 0.2 per cent – hundreds of grades – fell by three.

Maugham said today that his firm was “looking for students downgraded by at least two grades, especially the cases of students whose academic achievements have been downgraded”, adding that he knew of “one case from a C to a U”.

The system has also come under fire after it emerged poorer students were more likely to be downgraded, and that private schools had seen the biggest boost in top grades.

But the government continued to insist today that there was no bias in the system.

“Ofqual have been clear that the standardisation model does not distinguish between different types of schools and colleges, and therefore contains no bias, either in favour or against, types of schools or institutions,” a Department for Education spokesperson said.