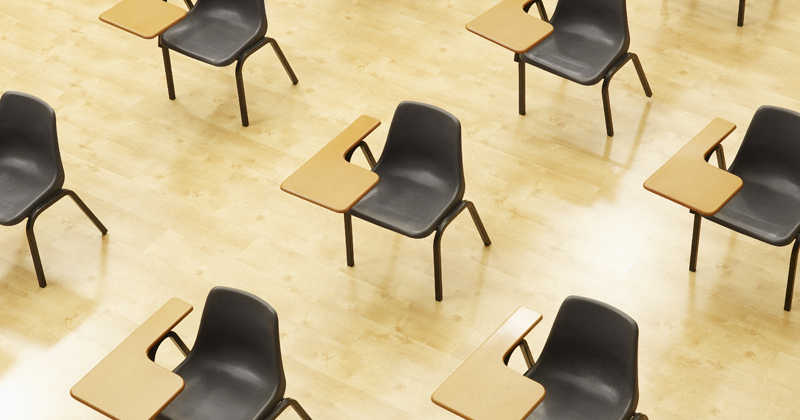 Ofqual has found the number of top grades awarded for certain vocational qualifications has had a “small” increase on last year, but say there has been no “sudden slip of standards or introduction of bias” due to measures introduced for assessments during the coronavirus pandemic.

The exams watchdog, in an analysis of grades awarded for level 3 and 4 vocational and technical qualifications (VTQs) in spring and summer of this year, reported the increase may mean some cohorts of learners may have actually been afforded a “slight” advantage this year over previous cohorts.

Ofqual said the rise: “Might also be explained by centres in some cases not entering students for whom there was insufficient evidence to support a calculated grade or a pass.”

But there was also a small number of cases in VTQs where the proportion of top grades being awarded had decreased.

As the Coronavirus pandemic led to a number of vocational qualification exams being cancelled, Ofqual announced teachers would have to calculate grades for the majority of the exams, as well as provide a rank order for learners, as was the case with A-levels and GCSEs.

Due to the diversity and complexity of certain VTQs, however, alternative measures had to be taken to decide their results, including calculated results, moving paper-based assessments online, and in some instances, delaying the assessment.

The report said its analysis shows: “There has not been a sudden slip of standards nor a sudden introduction of bias in 2020 due to the measures adopted in response to the coronavirus pandemic.

“A small degree of change is expected in any given year, and the majority of changes reported here are in line with those expectations. We shall continue to monitor the system as response measures change in the months to come.”

This comes after it was revealed this morning there had been a 2.4 per cent increase in the number of top grades being awarded in this year’s round of A-level results.