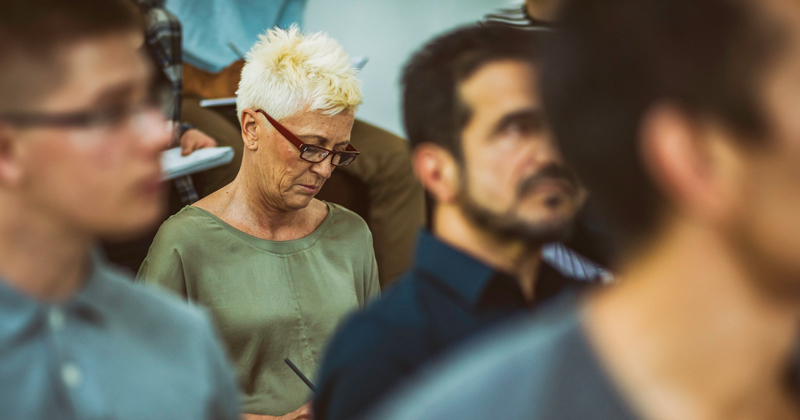 A long-running adult education charity in Brighton is to close with the loss of almost 50 jobs tomorrow after a local council rescue deal collapsed at the eleventh hour.

Staff at the Friends Centre were expecting to transfer to Brighton and Hove City Council, which the learning provider subcontracts from, on August 1 with the training brought “in-house”.

But they were informed on Tuesday that this agreement has fallen through as the 75-year-old charity is no longer solvent.

More recently, the impact of closure and course cancellations resulting from the Covid-19 restrictions has been severe and has caused the charity to go into administration.

One staff member who did not wish to be named told FE Week this is a “huge loss to the city”.

“The staff team, volunteers and learners are all devastated by this news and extremely disappointed that charity management and Brighton and Hove City Council failed to find a solution,” they added.

Helen Osborne, chief executive of the Friends Centre, said the charity was “pleased to enter into an arrangement proposed by the City Council which would have seen a significant part of our work and around half our staff transfer to the council”.

But even though they have worked “hard” with council officers to address the financial, legal and property aspects of this transfer and to design a curriculum that would “continue to meet the needs of our learners”, the charity is “deeply disappointed that the council has concluded, against our wishes, that there are still obstacles that cannot be overcome”.

“We very much regret that Friends Centre can no longer continue to serve the learning and skills needs of people in Brighton and Hove, in particular those many disadvantaged and vulnerable learners with low or no skills who have been the main focus of our work,” Osborne added.

Hannah Clare, chair of Brighton and Hove City Council’s children, young people and skills committee, said the rescue deal, agreed in April, was dependent on securing a lease of the Friends Centre’s Isetta Square site, and on the charity being able to remain financially solvent.

“However, landlord consent for this lease has not been secured and sadly the Friends Centre has informed us they will be moving into administration on 31 July,” she explained.

“As a result it is not felt it would be right for us to enter into any lease arrangements on this basis.

“As part of these developments, the council has looked at alternative properties within the council’s portfolio, but there are no available properties suitable for teaching at this current time.

“Therefore the recommendations agreed in April are no longer achievable – a situation that is deeply regrettable.”

Twenty one staff from Friends Centre were due to TUPE to the council. FE Week understands 46 jobs will be lost in total as a result of the charity’s insolvency.

Clare said the council’s priority is now to “secure the future provision of adult and community learning in the city” and they will “work towards establishing alternative provision and move forward delivery of adult education”.

The Friends Centre launched in 1945 when it started teaching demobbed troops, evacuees and refugees from the Second World War. It teaches around 1,000 people annually, including English, maths and IT skills for the homeless.

Other courses on offer include functional skills, English for speakers of other languages, and mental health awareness.

The charity is classed as an independent training provider and lost access to direct government funding in 2017 after failing in its bid to the controversial adult education budget tender, which was riddled with problems and delays.

It has since had to subcontract from Brighton and Hove City Council and colleges, a model which Osborne said is “unsustainable”.

Alan Tuckett, who led the National Institute for Adult Continuing Education for 23 years and became known as FE’s “campaigner-in-chief” for lifelong learning, was chief executive of the Friends Centre in the 1970s and is currently the charity’s president.

He told FE Week that the loss of the Friends Centre is a “major blow to Brighton, and loses one more independent adult education centre committed to learning for active citizenship, social solidarity and a second chance for people failed by the system”.

“It is a victim of a decade of cuts to adult opportunity, and is lost at a time when more than ever we need places to meet and actively make community together,” Tuckett added.

“Its loss is one more badge of dishonour for government.”