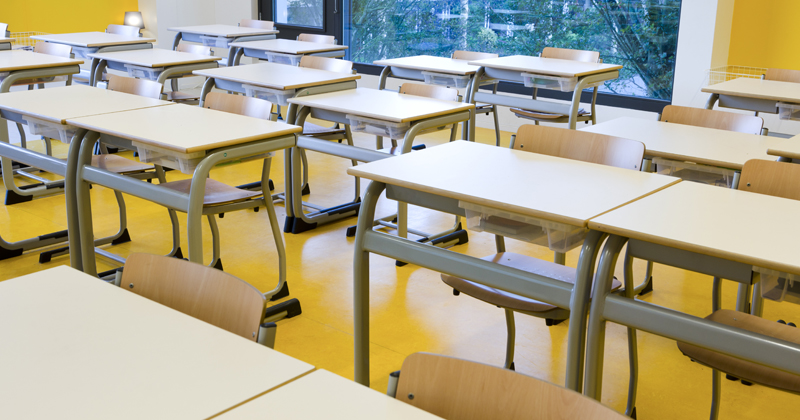 Teacher-assessed grades will have to be hauled down by up to 12 percentage points this year so results are not “significantly undermined”.

However the regulator has sought to reassure schools and colleges ahead of this year’s results day, promising that grades will be “slightly better” than last year.

After exams were cancelled this year due to the coronavirus, Ofqual required schools and colleges to submit centre-assessed grades of what results pupils were most likely to achieve, which will then be standardised nationally.

Ofqual said it won’t reveal the full details of its standardisation model until results day as this could lead to some “unfairly finding out their results early or cause unhelpful anxiety if they are incorrectly calculated”.

But, ahead of rising tension about how grades will look this year, the regulator has attempted to reassure schools and colleges, saying “overall, results will be no worse and indeed slightly better”.

They said national results this summer may approach a one per cent increase overall for GCSEs and around two per cent for A levels.

Ofqual said this varies by grade, but this mean that when you aggregate all A-level results there will be a slight overall increase in higher results.

The regulator said this was down to “a number of decisions which work in students’ favour” being taken as part of the standardisation model.

That includes historical data used being based on previous years’ results after any reviews of marking or appeals and allowed students to receive ‘off-tier’ grades in tiered GCSEs.

But there were greater peaks at some key grades. For instance, 65 per cent of pupils were awarded a grade B at A-level by their teachers under this year’s system, compared to 51.6 per cent in 2019 (an increase of 13.4 percentage points).

Ofqual said: “Improvement on such a scale in a single year has never occurred and to allow it would significantly undermine the value of these grades for students.”

This means a “substantial number” of students will receive at least one grade that has been adjusted as a result of the standardisation process. As centres have submitted grades that are “higher than would be expected”, this means it’s most likely results will be marked down.

But Ofqual added: “That is not surprising, given that the circumstances meant teachers were not given an opportunity to develop a common approach to grading in advance; and they naturally want to do their best for their students.”

They said the adjustments mean that “universities, colleges and employers can be confident this year’s results carry the same value, and students can compete on a level playing field for opportunities with students from previous and future years”.

They added: “Results for students will therefore almost always be broadly in line with centres’ and teachers’ expectations, reflecting the skills, professionalism and integrity of those involved.”

The regulator also said the preliminary analysis suggests there will be “generally be no widening of the gaps in attainment between different groups of students. In other words, the concern that identifiable groups of students would lose out from this year’s arrangements have not been borne out.”

But there were small changes. For instance, an initial analysis found the difference in the gap in mean grade between white and black pupils rose by a 25th of a grade at GCSE this year, compared to last year.