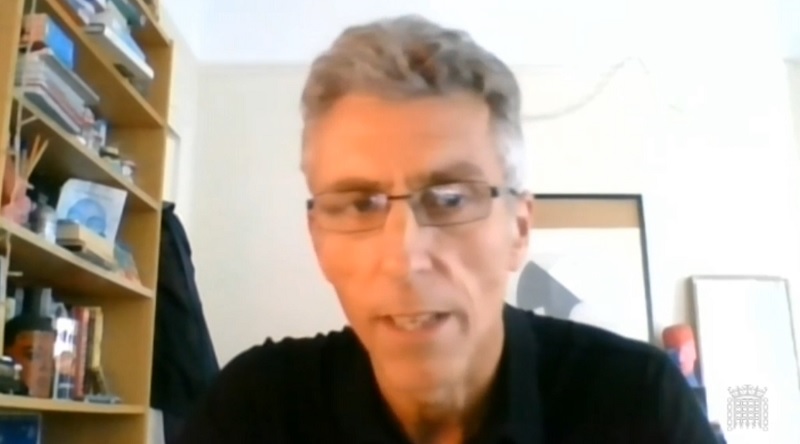 Total income across colleges in England could fall by £2 billion next year as the “enormous impact” of Covid-19 bites, the chief executive of their membership body has said.

Association of Colleges boss David Hughes revealed the prediction during an education select committee hearing this morning in which he added the government “must must must” do something to support them instead of offering “warm words”.

Hughes told the committee of MPs that college sector income currently sits at around £7 billion but a large chunk of that is now “at risk”.

“We think there is about £2 billion of college income at risk for the next academic year out of £7 billion,” he said.

“That is an enormous impact and this is on a sector that has faced a decade of austerity and neglect. It is a very vulnerable sector.

“It is not just the independent training providers, colleges all over the country are well run, well led, have fantastic relationships with employers. There is one college that has 40 per cent of its income commercial because it is working so effectively with businesses, all of that income is at risk.

“The government must must must do something to support those colleges at risk.”

At the beginning of the pandemic in March, the AoC called for emergency financial support to be made available to colleges to keep them afloat after estimating that an average college might lose between £500,000 and £1 million per month of temporary closure or reduced capacity.

Earlier in today’s hearing, Hughes said the AoC has recently surveyed the 17 colleges that provide apprenticeships and they predicted a 50 per cent drop in starts next year, which would equate to a £30 million loss just to those 17.

“The capacity [for apprenticeships] is going to be lost unless the government steps in,” he added.

“We’re saying let’s absolutely secure the capacity in those sectors that are the highest priority: engineering, manufacturing, construction, NHS, social care and digital.

“Let’s secure the capacity and work with employers to make sure the apprenticeship system goes ahead successfully.”