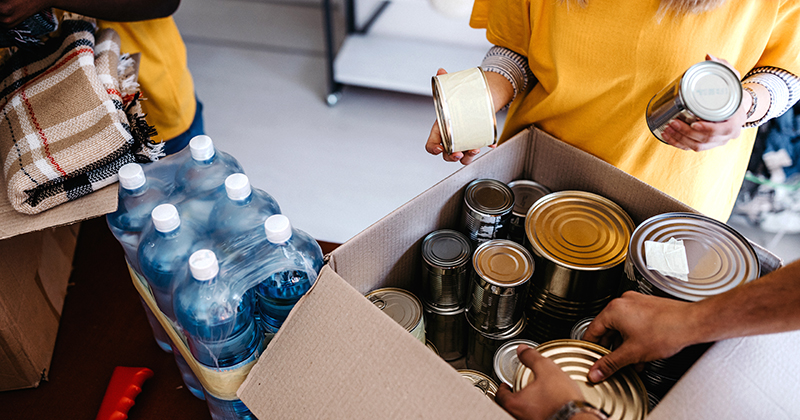 Two colleges have announced they will offer free meals over the summer holidays to their most vulnerable 16-to-18-year-old students.

Cornwall College Group and Yeovil College both made the commitment in the same week the government U-turned on its decision not to provide free lunch vouchers to school pupils during August. The change of mind followed mounting pressure led by footballer Marcus Rashford.

Boris Johnson’s official spokesperson announced the creation of a £120 million “Covid summer food fund” on Tuesday, but the scheme is expected to benefit only students up to the age of 16.

Principal of Cornwall College Group John Evans said: “With the impact coronavirus has had, the pressure on many households has never been greater… Feeding our most vulnerable learners throughout the summer is a vital way we can serve the communities in which we operate.”

He added that the college had “certainly been inspired” by Rashford’s campaign to run its own free meals scheme, which normally ends at the end of the academic year, during the summer.

The Manchester United striker penned an open letter on Monday to MPs about his experience of relying on free school meals, and the Labour party had called an opposition day debate on the issue in parliament on Tuesday, before Downing Street reversed its decision and approved the extension.

Evans said his college was “ensuring the same applies for 16-to-18-year-old learners”.

Cornwall College Group, which has seven sites across the south-west, said it has 192 eligible students. This includes those staying at the group next year as well as those who are finishing their studies this academic year.

It expects the scheme to cost around £26,000, which will be funded from the existing discretionary budget it receives from the Department for Education for offering free meals.

Students will either receive the free meals through payments into an approved personal or guardian’s bank account, or through vouchers for a supermarket they have access to.

Yeovil College’s free meals will continue for all eligible current and progressing students aged 16 to 18 who “remain actively engaged in their college learning” during the summer period.

The Somerset-based college said it has ring-fenced money within its own college budget to ensure it is not dependent upon additional government funding to make this commitment.

Principal Mark Bolton said: “I feel strongly that all students are entitled to nutritious food, which encourages and supports positive mental health as a basis for positive academic learning.

“It is key that students feel both empowered and capable of continuing their education during the holiday period, enabling them to maintain strong learning habits and to catch up with practical assessment where necessary to move forwards with their learning.”

FE Week has asked Yeovil College how many students will be eligible for their summer food scheme as well as how the meals will be provided but they did not respond at the time of going to press.

The government extended its national school food voucher scheme, which has replaced school lunches for many disadvantaged children during partial closures, to colleges that were having “practical difficulties” delivering free meals to students during the coronavirus pandemic in term-time at the end of April.

However, colleges had to exhaust their 2018- 19 and 2019-20 free meals in FE and 16-to-19 discretionary bursary allocations and submit a business case to the Education and Skills Funding Agency for access to it.

At the time of going to press the DfE could not confirm the age range that the government’s summer food fund would apply to. A spokesperson would only say that full details will be announced in “due course”.