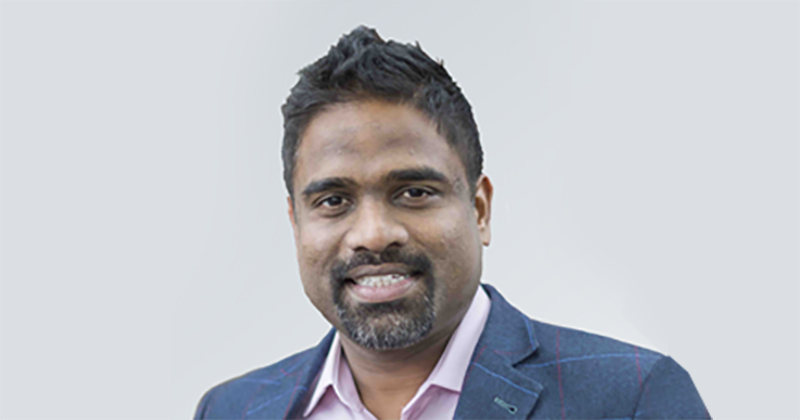 The indefinite pausing of Ofsted inspections could force an apprenticeship provider to make redundancies, its managing director has told FE Week.

Its “frustrated” leader, Crescens George (pictured), said the firm has 30 apprentices waiting in the pipeline but their ban, which has been enforced for almost a year, even though they were expecting a reinspection by March, is blocking them from signing up.

His company is now feeling the financial strain of the suspension and is desperate to take on new apprentices to ease cashflow issues and prevent redundancies.

The provider is one of “many” that have pleaded with Ofsted and the Education and Skills Funding Agency to find a solution, including by proposing a virtual inspection, but none has been forthcoming.

Under government policy, providers that are new to apprenticeships receive an early monitoring visit from Ofsted within 24 months of being funded.

If they score ‘insufficient progress’ in one or more theme they are temporarily banned from recruiting apprentices. The suspension will only by lifted once the watchdog returns for a full inspection – typically six to 12 months after the monitoring visit – and the provider scores at least a grade three.

Ofsted paused inspection activity in March owing to coronavirus and there is no date in sight for when they will resume.

There are currently 48 apprenticeship providers with a recruitment suspension. Sixteen of them have been waiting for a reinspection for at least nine months.

An Ofsted spokesperson said they “recognise” that this is a “frustrating situation for many providers” while the ESFA told FE Week it is also aware that a “small number of providers require an Ofsted inspection to determine whether they have made the necessary improvements to the quality of their provision to be able to take on new apprentices”.

Wiser Academy is based in Hampshire but trains apprentices in the insurance and financial services sector across the country.

It had around 110 apprentices on its books before being suspended from recruiting by government last August.

The provider’s director, George, told FE Week he has since put a new team in place who have made “tremendous progress” and he is “confident” a full inspection would result in an outcome that would lift their ban, which he was hoping would have taken place by March or June at the latest.

Wiser Academy currently has just over 50 apprentices still on programme and all of them have continued their training during lockdown.

The provider’s provision was mostly delivered virtually pre-Covid and they already had a “full remote facility” in place, according to George.

He wrote to Ofsted on May 19 asking for an update on when they could restart inspections and if they could possibly conduct a virtual inspection instead.

He explained that during Wiser’s monitoring visit, inspectors only spoke to his apprentices over the phone because they were dotted all over the country. He said this could be done again, inspectors could also “dive into a virtual classroom” and set up video conferences with their employers and his staff to conduct the inspection.

But Ofsted replied to say virtual inspections are not possible, adding they will aim to prioritise provider’s like his when they restart inspection activity. George says an inspection even as soon as the autumn term would be “too late” for his business.

“We have a pipeline of approximately 30 apprentices where businesses are ready to sign off. In fact, they are chasing us asking when can they register these people,” he told FE Week.

“My frustration is we can’t take on these new apprentices. Give it another two or three months we will really hit the financial pressure.”

He added that “everybody” is making exemptions to how business is carried out and businesses have adapted “so swiftly into remote working”, so he would “be very keen to find out in what way Ofsted has adapted to the current situation to at least keep a few things moving”.

“What have they done to adapt to current needs, or are they just waiting for all of this to subside and get back to business as normal?”

George said the ESFA could also come forward to “support businesses like us to say ‘we understand you had an insufficient progress, but given the current situation, we will allow you to add ten, 15 or 20 apprentices just to keep your business afloat, rather than dip into the other governmental financial aid’.”

Mark Dawe, chief executive of the Association of Employment and Learning Providers, said his organisation is “aware Ofsted recognise this as an issue and are confident that their approach will tackle this issue in a way that meets these justifiable concerns”.

The ESFA said it is “important that we ensure all apprenticeships are high quality and every apprentice has access to excellent training to help them achieve occupational competence” and they are “working with Ofsted to determine the best way forward”.

Ofsted said: “No decision has been made about resuming inspection activity, but we are thinking carefully about how and when this will happen, working closely with government and the sector.”