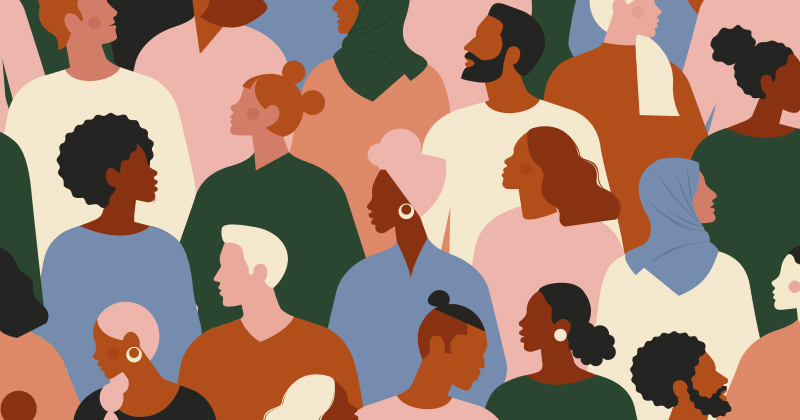 Hate crimes in colleges have almost tripled in four years as leaders seek to raise awareness in light of a national spike since the coronavirus outbreak.

The data obtained via Freedom of Information requests by FE Week from 23 of the 39 police forces in England reveal that 460 offences were recorded in colleges between 2015 and 2019.

They can include verbal abuse, intimidation, threats, harassment, assault, bullying and damage to property.

There has been an upward trend nationally, with the number of offences recorded by the police having more than doubled in 2018-19 compared to 2012-13, according to the Home Office. It claimed that increases have been “mainly driven by improvements in crime recording”, but also noted that there have been spikes after certain events, such as the EU referendum in 2016 and terrorist attacks in 2017.

Last month, Home Office minister for countering extremism Susan Williams told the home affairs select committee that hate crime directed towards South and East Asian communities had increased by 21 per cent during the Covid-19 pandemic. Police have also estimated a threefold increase in such incidents against Chinese people between January and March 2020, compared to the previous two years.

Exeter is one area that is experiencing the spike: at least six reports of coronavirus-related attacks were received by Devon and Cornwall Police by March 6.

Exeter College has since committed to using its influence among young people to condemn such acts. Although no Covid-related hate crime incident has taken place at the college, it signed a joint open letter on tackling the issue and racism in its community in the same month, calling recent attacks on people in relation to Covid-19 on the basis of ethnicity “cowardly and ignorant”.

It said: “As leading organisations in our community we wanted to send a message of unity and partnership so that everyone knows that we will stand together to tackle hate crime and hateful people.”

While each police force has different methods of recording the data, the most common motivator of hate crimes in colleges provided each year was racism.

For example, graffiti of swastikas was painted in the car park of West Suffolk College in January, according to the Bury Free Press. Xenophobic leaflets, telling people to “go back to their homelands”, were also found at Oaklands College in Hertfordshire last year, according to the Herts Advertiser.

The need to educate perpetrators on reliable sources of information and embed raising awareness into curriculums and enrichment programmes was cited by college leaders who spoke to FE Week.

Jane Belcher, head of safeguarding at South Essex College, said some staff and students had in recent months received support in how to make reports, how to keep safe and what to do if they did not feel safe after expressing concern about hate crime in their community following Covid-19. The college was also “very proactive in making sure that there was information on our Moodle pages”.

She added there had been three incidents at the college in 2019 and estimates there are under five a year. “All of our staff are told [they’re] not bystanders. If we hear it, we step in, we readjust that view and have a conversation.”

According to Belcher, tutorials are South Essex College’s “linchpin” for open discussions and to highlight individuals who might be at risk or need more support. Staff focus on where potentially harmful student views have come from and what their sources of information are. “It’s our job as educators to [develop] those critical thinking skills in our young people… It’s just providing that safe space for them to start understanding why that view isn’t accepted.”

The safeguarding head has previously used conversation-starters such as a radicalisation storyline on teenage soap opera Hollyoaks, a Buzzfeed article illustrating a double standard between media coverage of Kate Middleton and Meghan Markle, as well as news that Facebook banned far-right groups. The college has also brought in outside speakers to engage learners, such as The Only Way Is Essex’s Bobby Norris, who came to its Southend campus in October 2019 as part of his campaign to make online homophobia a specific criminal offence.

Similarly, East Coast College has a number of initiatives in place to tackle hate crime. Nikki Lane, assistant principal, student wellbeing and support, told FE Week a partnership with Norfolk Constabulary began after the Brexit vote, when students and staff raised an increase in incidents in the community. “The idea was actually to look at prevention.”

The college uses a tutorial programme of around six interventions a year as well as additional enrichment activities as a “springboard” for groups to understand what a hate message is and to discuss where they are seeing them.

Lane added that apprentices also consider hate crime as part of discussions about equality with assessors, while adult learners are addressed on the topic as part of their induction.

East Coast College said it has seen “reasonably low” increases of hate crimes in recent years. Most incidents at the college have been verbal. However, social media, and accessing the rhetoric of figures such as Tommy Robinson and Katie Hopkins (whose Twitter account has previously been suspended for violating the platform’s anti-hate policy), was also blamed.

“[Students] are kind of feeling like maybe it’s OK to say those things, and then the conversation that we’re having is helping them understand the impact of that.” 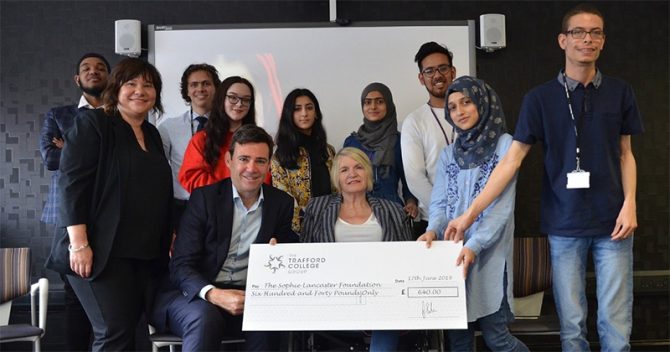 Trafford College Group hosted its own annual Hate Crime awareness event in March, reaching 1,000 students. Speakers included a victim of an attack outside a mosque, the mother of Sophie Lancaster – who was killed after being targeted because of her Goth subculture identity – as well as members from Remembering Srebrenica, the Bosnian town that was the site of a genocidal massacre in 1995.

Michelle McLaughlin, student engagement and student voice lead, recommended that other colleges reach out to their community and ensure they have representatives that “serve the diversity of the college cohort” and to “keep your finger on the pulse of what’s going on in your local area”.

While the FOI figures obtained by FE Week are specifically for incidents in colleges, other types of FE providers have also implemented policies to combat the issue.

Bedford-based private provider Firebrand Training receives specialist guidance and a hate crime “heat map” from its designated regional Department for Education FE/HE Prevent coordinator. Ben Hansford, managing director of apprenticeships, said that the company was advised to look out for unacceptable stickers in communal areas and behavioural signals, such as lower-level hate crime and bullying, damage to belongings and “jokes”.

Hansford added: “It’s critical to train and support your trainers to spot the indicators early, educate learners through good safeguarding material, have a zero tolerance of bullying and provide proactive welfare support.” 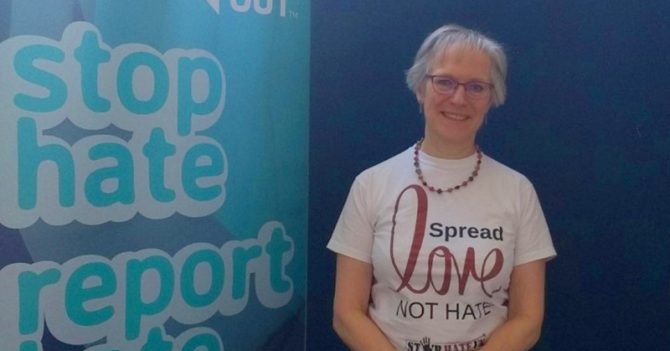 A statutory duty for further education providers to “prevent people from being drawn into terrorism” was introduced into government legislation in 2015, after the controversial anti-radicalisation programme (Prevent) was first created in 2003.

Mike Ainsworth, director of London services at Stop Hate UK, a national organisation that supports education providers through its helpline and training services, said their work has shown that racism, homophobia, religious intolerance and disability hate “remain problems in places of further education”.

He added that the number of cases reported are a “significant underestimate”, with many students (particularly foreign nationals, those with disabilities and members of the LGBTQ community) reluctant to come forward.

Such experiences can have a significant effect on learners. A survey by the National Union of Students in 2010 revealed that victims reported resulting mental health problems in almost a quarter of hate crimes. This included depression, loss of confidence as well as feelings of vulnerability, isolation and being alone.

A government spokesperson said: “There is absolutely no place in our society for hate crimes and we will continue to work across government and with the police to bear down on offenders, support victims and irradiate this prejudice.”