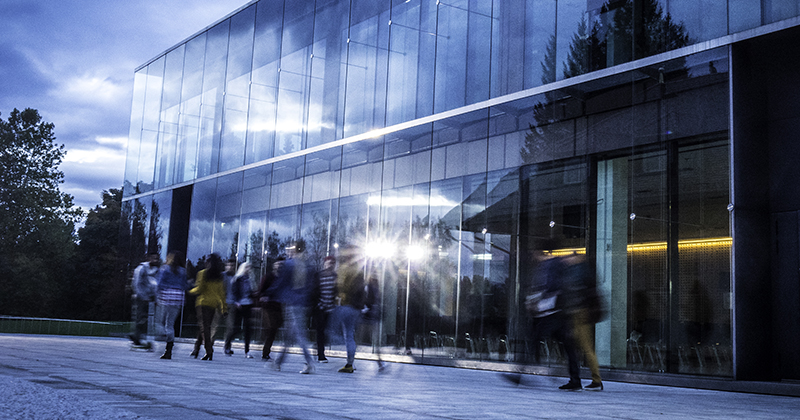 “There must be support for college leaders to oversee huge institutions”

Rationalisation needs to reconcile three very different types of college – and the grey areas in between, says John Cope

It is almost impossible to identify when this was said: “Commissioners cannot repeat too often that they have been impressed with [the] technical knowledge of the masters and managers of industrial establishments on the Continent”, unfavourably comparing us with Germany. Was it the Roberts Review in 2002? Tomlinson in 2004? Wolf? Sainsbury? Ney? Augar? Nope. It’s from an 1884 Royal Commission on technical instruction. Predating even the appointment of Nick Gibb as schools minister.

In an echo of history, Gavin Williamson announced last year, “Today, I am setting a new ambition. To super-charge further education over the next decade with an aim to overtake Germany”. Colleges have been braced for a skills “white paper” ever since, and as revealed by FE Week, it is now imminent and potentially explosive.

Most dramatically of all, it looks like the government is set to bring colleges back into the public sector. This could be interpreted in many ways. At the tinkering end, it could change the ability of colleges to borrow, some DfE intervention powers, and the role of the FE Commissioner. At the revolutionary end, we could be about to see what lay behind the overlooked Augar recommendation for the “rationalisation of the [college] network” to “establish a genuinely national system”. This isn’t entirely new territory, the government’s area review has led to more than 60 mergers since 2015, with more in the pipeline. But pushed to its maximum, it is radical.

It’s hard to argue rationalisation isn’t needed, but it can’t be narrow and top down. It needs to cover more fundamental questions on what a college actually is, where do sixth forms fit in, should universities keep creeping into apprenticeships, and does the academisation of schools into large groups offer lessons for a similar process with colleges.

The huge scope of an increasing number of college groups couldn’t be clearer to me as a new non-exec director of the Activate Learning group, which includes colleges, higher education, apprenticeships, UTCs, academies and sixth forms. This is the first of three types of college – massive in scale and educational offer. With nearly 20,000 learners, it’s a similar enrolment to the Universities of York or even Imperial. It’s groups like this I think the department has in mind as a “new normal”.

A second type of colleges are the converse – small and hyperlocal. They tend to be in struggling communities and towns, scraping by financially, and are outcompeted by sixth forms and universities on funding and prestige. I vividly remember a college principal despairing that having attracted enough students for courses to break even, a massive new sixth form was approved just down the road.

The third type are more specialist institutions. Not necessarily large or with thousands of students, but with a unique specialism, usually related to the local economy or a sector in which the UK is a world leader, allowing it to leverage private investment and prestige.

“Rationalisation” therefore needs to reconcile these three very different groups and the grey areas in between, such as independent training providers. In doing so, the government must learn the lessons of academisation. Setting out in 2010 to rationalise secondary schools into 20 or 30 super school groups with 100-plus schools each, the system has ended up more fragmented, with LA schools, single academies, tiny and huge trusts all existing a decade later. They have also struggled to grow the pool of effective leaders and the strength of governance needed to sustain groups that could feasibly oversee £1 billion of public money.

So if Williamson is serious in his ambition on colleges, there can be no half measures: rationalisation of the whole system needs huge cash incentives for mergers and support for college leaders to oversee huge institutions. And when the inevitable pushback comes, the department has a compelling case to the sector, parents, and learners (backed by a long-term funding settlement and cross-party support) so the reforms don’t become a toxic distraction or top-down reorganisation, but a stable settlement that will last for decades.