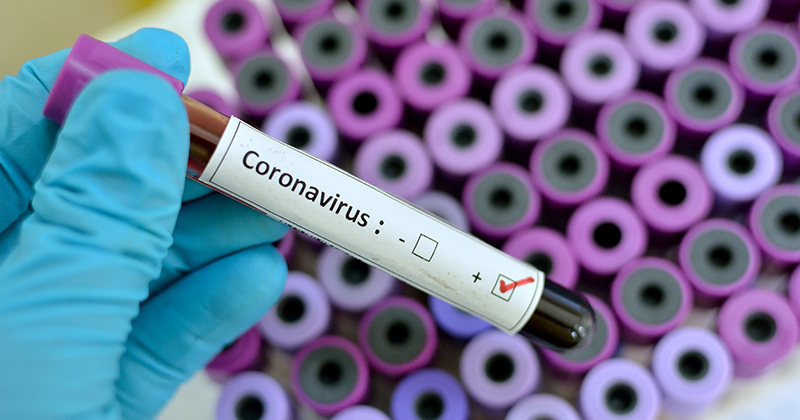 Colleges have been asked to begin face to face teaching with students currently in their first year of sixth form from 1 June.

The Department for Education tonight announced the first steps to its phased approach for the wider opening of schools, colleges and nurseries after the government published its full Covid-19 “recovery strategy” this afternoon.

The DfE said that for learners in year 10 and 12, “we are asking schools and colleges to supplement remote education with some face to face support for these year groups from 1 June”.

They do not, however, expect the learners to return on a full-time basis at this stage, “so we do not expect a full timetable to be offered as schools and colleges look to minimise the number of pupils in school or college each day”.

Schools and colleges should “consider how to best use additional year 10 and 12 time to support those pupils who are starting their final year of study for GCSEs, A-levels and other qualifications next academic year”.

They have also been asked to “ensure” that the use of public transport for travel to and from school and college is “minimised, especially at peak times”.

Government will consult with sector representatives over the coming week to develop “some suggested models to demonstrate how this could operate”.

For colleges specifically, the DfE said they should also offer some face to face support to students who are in the equivalent of year 10 and year 12, who are studying for “key examinations next academic year, along with those in priority groups”.

“We will work with the sector to provide additional guidance for FE colleges on provision for these and other disproportionately affected learners,” they added.

The DfE’s guidance also said that special post-16 institutions should “work towards a phased return of more children and young people without a focus on specific year groups and informed by risk assessments”.

Their approach aims to limit numbers within schools and further education settings while “ensuring that the children and young people who can benefit from attending most are able to do so”.

According to the guidance, the latest scientific advice says that limiting the numbers of children going back to school and college “initially then gradually increasing numbers reduces risk of increasing the rate of transmission”.

It includes a range of “protective measures” to ensure education settings remain safe places, including reducing class sizes, staggered break times, as well as increasing the frequency of cleaning and reducing the use of shared items.

Colleges and other education settings have only stayed open to vulnerable young people and children of critical workers since 18 March.

Education secretary Gavin Williamson said: “I know how hard schools, colleges, early years settings and parents are working to make sure children and young people can continue to learn at home, and I cannot thank them enough for that.

“But nothing can replace being in the classroom, which is why I want to get children back to school as soon as it is safe to do so.

“This marks the first step towards having all young people back where they belong – in nurseries, schools and colleges – but we will continue to be led by the scientific evidence and will only take further steps when the time is right.”

The guidance states that classes should “normally be split in half”, with no more than 15 pupils per small group and one teacher.

For secondary schools and colleges specifically, it is also “sensible” to rearrange classrooms and workshops with sitting positions two metres apart.

“Where very small classes might result from halving, it would be acceptable to have more than half in a class, provided the space has been rearranged,” the guidance adds.

“Again, support staff may be drawn on in the event there are teacher shortages, working under the direction of other teachers in the setting.”

Other tips include considering one-way systems, or dividers down the middle of corridors to keep groups apart, as well a ensuring toilets don’t become crowded by limiting the number of students using them at one time.

Halls, dining areas and sports facilities used for lunch and exercise should be at “half capacity”.

The DfE also said that from 1 June, all students returning to school and colleges will have “access” to coronavirus testing.

“All children and young people eligible to return to their settings will have access to testing, if they display symptoms, as will any symptomatic member(s) of their household.”

Officials said this would enable students and staff to get back to their education provider “if they test negative, and if they test positive a test and trace approach can be taken”.

“Where a setting has a positive case, Public Health England will advise on the appropriate course of action, and the relevant group of people with whom the individual has mixed closely, should be sent home and advised to self-isolate for 14 days.”

The DfE has said that wearing a face covering or face mask in schools or other education settings is “not recommended” and the “majority of staff will not require PPE beyond what they would normally need for their work”.

Bill Watkin, the chief executive of the Sixth Form Colleges Association, said the government is “right” to identify year 12 students as a priority group, but the “safety of students and staff will be the main factor in determining if face to face contact is feasible by 1 June”.

“College leaders will be monitoring the situation closely over the next few weeks to see if the excellent online package they are providing students can be supplemented by time in the classroom.”

The DfE’s guidance can be found here:

Information for parents and carers