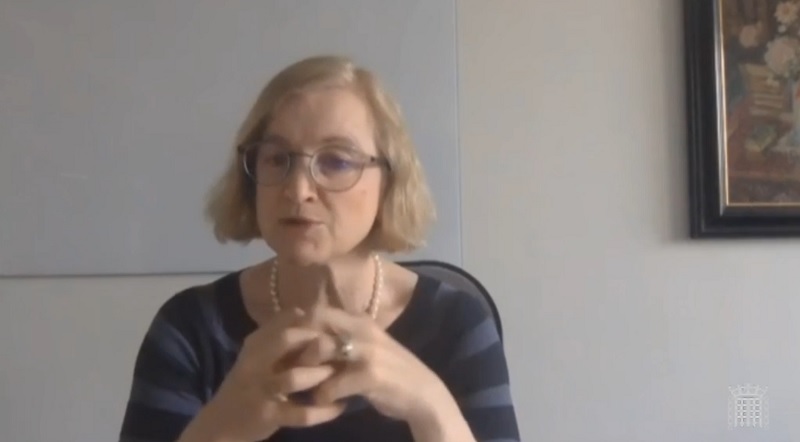 A “considerable number” of Ofsted’s 1,700 staff are under occupied despite offering themselves up as Covid-19 response volunteers, the chief inspector has admitted.

Amanda Spielman told the education select committee this morning that nearly all of the watchdog’s workers have “expressed willingness” to help with “suitable alternative options” that fit with their skillset.

But while they are “absolutely open and responsive to all initiatives”, the “general reaction” from schools and education providers at the moment is that there is “not a perceived need for additional capacity” as less than 1 per cent of students are currently attending.

She then admitted: “We have a considerable number of people who are less than fully occupied at the moment and we are absolutely open to volunteering.”

Spielman did not provide figures for how many of her staff are currently not in work. Ofsted chief operating officer Matthew Coffey said that a total of 56 staff have reported Covid-19 symptoms to date, but all but five of them were back to work as of Friday.

Ofsted’s rolling blog for their response to coronavirus states that more than 50 councils have asked for the watchdog’s help with tasks like mapping and supporting vulnerable children, developing safeguarding processes and communicating with education leaders.

It also says they have agreed for “suitably qualified” colleagues to work in children’s homes, and others to staff advice lines for parents and schools.

And a number of the watchdog’s people are being redeployed to other government departments to support the wider civil service response.

Spielman stressed that the watchdog’s “default assumption” is that “everybody who is not required for the business as usual work or for redeployment to other government departments is available for wider work”.

She said a “number of pieces of work have already been lined up” but stopped short of naming them apart from a project with recruitment first the London London Gold Group.

Ofsted told FE Week a project team of 16 staff is working to create a “new flow of candidates into the care workforce, particularly home and domiciliary care, across the London boroughs, by mobilising the Proud to Care London recruitment portal”.

The watchdog’s staff are “contacting those who have applied through the portal to help establish their suitability and get them trained, speeding up the usual recruitment process and getting people into vital care roles across London in a matter of days”.

Earlier in the accountability session, the chief inspector confirmed that there were no “definite” plans to restart routine inspections, adding that this decision would be largely based on when schools and colleges return to normal operation.

But she made clear they are “not expecting to be asked to resume full routine inspections before the end of the summer term”.

The Association of Colleges has previously called for inspections to be delayed until 2021.