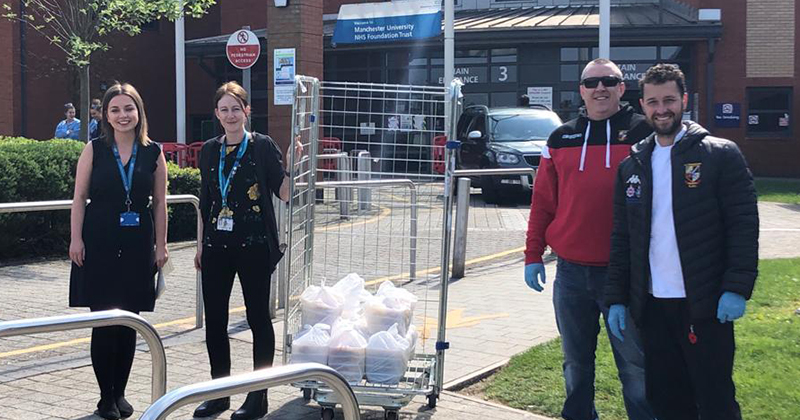 A Trafford College catering lecturer has used his talents in the kitchen to make meals for local Manchester-based NHS workers and vulnerable people during lockdown.

Paul Taylor, a lecturer in catering and hospitality at the college’s Aspire restaurant, is making 100 meals each week for staff at Wythenshawe Hospital, on top of 350 meals per week for the wider community.

He said he was “really proud” to be part of the initiative, which he is running with Altrincham Kersal Rugby Club.

“We are really trying to put our community first during this crisis.”

The meals have been “gratefully received” by the hospital staff, said Sarah Naismith, director of Manchester Foundation Trust Charity, which supports the ten hospitals in Manchester University NHS Foundation Trust, including Wythenshawe.

She called it “a great example of communities really pulling together during these challenging times,” adding: “We can’t thank Paul enough for his support.”

His meals are also being delivered to vulnerable people and those who are self-isolating, and so far, over 1,200 have been delivered.

Paul has been using the rugby club kitchen to cook the meals, while club committee members have been helping by making deliveries, writing hundreds of allergen labels, posting on social media, and taking payments for the food, which is being sold at cost price.

Trafford College principal Lesley Davies said Paul’s “remarkable efforts are just one example of why I am so proud to work with our amazing staff”, and she was “proud to be able to say I know Paul”.