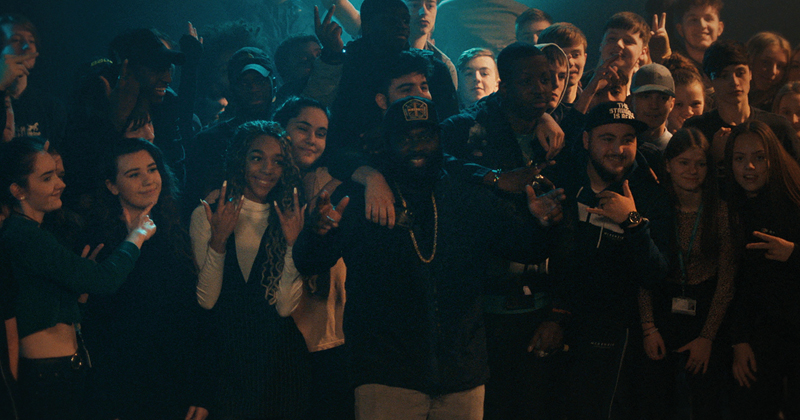 The government has celebrated nearly tripling the interest in apprenticeships after spending more than £1 million on the release of a grime song as part of its Fire It Up campaign.

FE Week can reveal the unusual partnership between a YouTube entrepreneur, rapper and the Department for Education (DfE) cost £542,009.65 to deliver, with an additional £323,446.42 spent on its partnership with The Guardian newspaper and £215,426.51 with streaming platform Spotify.

However, the DfE refused to disclose the individual fees paid to the famous participants on the grounds that it is “personal data”, which means the total amount is likely to be much higher.

FE Week has requested an internal review of our Freedom of Information request to find out these costs.

Jamal Edwards MBE, the founder of online music platform SBTV, collaborated with artist P Money, producer Teddy Music (aka Silencer) and director Matthew Walker, who previously worked with stars including Skepta, Stormzy and JME, to create the single and shoot the music video.

The DfE did confirm that it spent £44,000 on the production of apprenticeship track The Calling, and it said the launch event cost £8,800.

No fee was paid to SBTV, which uploaded a series of three behind-the-scenes videos to its platform with more than one million subscribers on YouTube.

The song has now had more than 100,000 views on P Money’s own YouTube channel (said to be much higher than the DfE’s usual organic figures) as well as almost 90,000 views on SBTV’s channel.

A DfE spokesperson said: “This campaign was designed to directly appeal to young people and their parents to showcase the huge range and diversity of apprenticeships on offer.

“The success of this campaign shows that by thinking differently, whether it’s by using grime artists or drones, you can successfully reach new audiences and open their minds to the idea that a life-changing apprenticeship could be right for them.”

In response to the FOI, the DfE added that it worked with partners it knew “young people, in particular, respond to, follow, trust and respect”.

For example, Edwards was selected as a digital influencer to increase reach and engagement for his “large and diverse” audience and background, which made him a “great fit” for the campaign.

The YouTube entrepreneur previously said he was “passionate about showing £1m rap collaboration sends apprenticeship site visits soaring young people that there are many ways to reach their potential” and that he hoped the track would “help get the message out” that apprenticeships are not just for trades such as plumbing and construction.

Their parents, teachers and employers also volunteered to take part.

Shola West, a 19-year-old level 3 digital marketing apprentice at WhiteHat Apprentice BAME Network, organised the launch party event, promoted it on Twitter and Instagram and recorded a voiceover for the Spotify advert as part of the Fire It Up campaign.

West previously told FE Week it was a “great experience” because it showed she was able to put the skills developed during her apprenticeship into practice.

She called the opportunity to work with Edwards and P Money “really exciting” and added that her involvement made the digital marketing apprentice consider working in creative industries in the future.

The Fire It Up campaign was first launched in January last year. The latest phase started in January 2020 and will run until the end of this month, which is considered a key application and recruitment period.