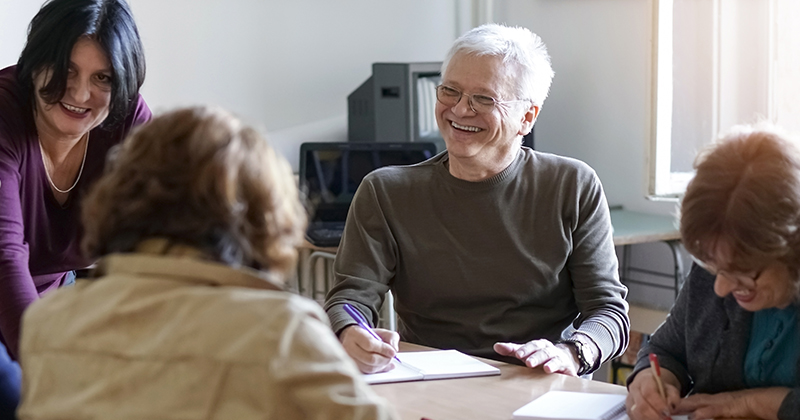 An FE Commissioner report published today praised a council’s response to a grade four from Ofsted, after the result “reinvigorated” their resolve to improve adult learning with “new and enthusiastic” staff.

North Lincolnshire Council was referred to commissioner intervention after it was rated ‘inadequate’ in almost every area of a full inspection in June last year when it had 1,250 learners.

Its provision includes courses for English for Speakers of Other Languages at pre-entry level, and from entry-level to level 3 for qualifications in such subjects as mathematics, ICT, and business administration.

Commissioner Richard Atkins has reported the inspection result “reinvigorated the council’s resolve to redouble their efforts to ensure adult and community learning was at least good”.

People across the council’s service have “a renewed sense of purpose” due to a staff restructure where senior leaders made “significant changes”, such as introducing lead tutors with core responsibilities for areas like teaching and assessment, data, mathematics and English.

This restructure was managed “effectively”, the commissioner’s team found, with “shrewd” appointments at the managerial, tutor and support levels providing much needed clarity around roles and responsibilities.

But Atkins recommended the council must ensure these new staff receive sufficient support to help them grow into their managerial roles through tailored coaching and mentoring, which ought to be introduced by September.

Governance has also undergone a shake-up, after it was reported the council’s elected members and leaders were “not effective enough in monitoring the performance of the service and holding leaders and managers to account” before the Ofsted inspection.

A new governing board for the council’s adult education and community learning service has been put together, under the leadership of the “well-qualified” head of access and inclusion at the council and made up of governors with “a wide and rich skill set and significant relevant experience”.

Board members have been investigating leaders’ and managers’ knowledge, understanding and rigour, while their key performance indicators and risk measures proved to the commissioner they are dedicated to overseeing a curriculum which serves local needs well.

After Ofsted reported “too many” of the courses were just for recreational purposes only, provision was “completely overhauled” and local schools, employers such as British Steel, teachers and other staff were involved in designing the current course offer.

The council, the commissioner’s report reads, now makes much better use of labour market information and data to continually review the curriculum offer.

He wrote: “Courses are now wholly organised around the needs of the local residents, especially those living in the most deprived areas and who would otherwise not be in education.”

Former minister for the FE market Theodore Agnew wrote to the council earlier this month, after the report, and called the action they have taken following the inspection “encouraging”, while warning there is still “capacity for improvement”.

Especially in terms of the “overly optimistic” self-assessment reports, which are “insufficiently critical” about performance.

The commissioner found although achievement data improved by 4.5 per cent between 2017/18 and 2018/19, it is still well below national achievement rate levels.

Tracking and monitoring of all learners is yet to be embedded and the council has been given until the commissioner’s stocktake visit in November to do this.

As is the case with the council’s progress in accurately identifying key weaknesses in the self-assessment report, also due in November.

Since the full inspection, Ofsted has returned to the council and found it was making ‘reasonable progress’ in every area of a monitoring visit.