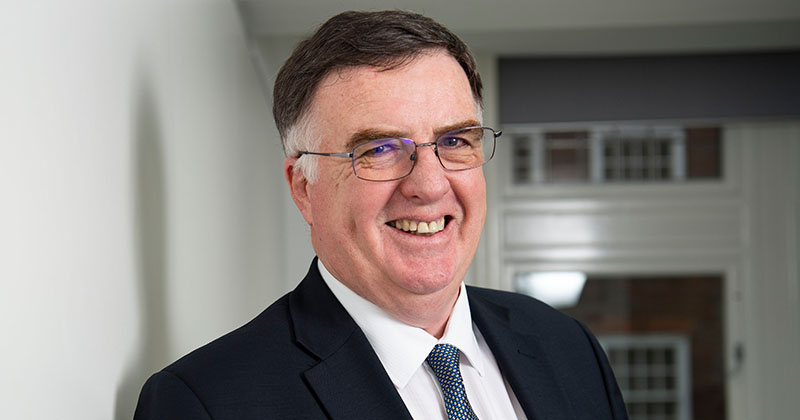 A Blackburn-based catholic sixth form college is no longer “sustainable” due to falling student numbers, the FE commissioner has claimed.

St Mary’s College, which is the smallest sixth form college in England, received two visits from Richard Atkins’ team in 2019 and has now been placed in “supervised status”.

It was first warned four years ago of its deteriorating financial position and urged at that time to find a merger partner or academise. It has survived on its own since then, but its ability to continue doing so appears to have come to a head in the past few months.

The college is now operating under extreme financial pressure

Plans were previously developed to create a formal federation between Liverpool Hope University and Cheadle and Marple Sixth Form College but this “did not address the financial weaknesses at St Mary’s directly”, today’s report said.

The FE Commissioner has now concluded the college could not continue as a stand-alone entity beyond the current year and “urgently requires” a restructure, with a merger the most likely solution.

St Mary’s College was declared to be at “serious risk of financial failure” while a “weak” balance sheet was said to provide “no resilience against unforeseen events and raises questions as to future solvency”.

Atkins’ report reported that it was clear the college is “now operating under extreme financial pressure”, which it said was the result of years of falling student numbers.

Against a capacity of 1,250, there was only 653 students on roll at the time of the FE commissioner’s visit in November.

But comments by these learners regarding teaching, learning and support were positive and they unanimously believed they would achieve their desired outcomes and destinations, according to the FE commissioner.

The Blackburn-based college “provides good academic experience and outcomes to students, many of whom are very local to the college and reluctant to travel”, today’s report said.

Ofsted had declared it was a ‘good’ provider after a full inspection in April.

While St Mary’s College currently forecasts that the number of students will rise in 2020/21, the report cautioned that the degree of optimism must be balanced against inaccurate historic growth predictions.

The FE Commissioner found that the provider has only been able to operate because of income received from its preschool nurseries and higher education provision but that these could not be relied upon, with funding from the ESFA “insufficient” to sustain its mainstream level 3 programme.

In addition, the sixth form college’s governance was reported to be “in a transition” and criticised for being “not strong enough” in its current form to support structural change, despite calling governors “well qualified, purposeful and united in their wish to drive the college forward”.

Vice principal Elissa Best has taken on the responsibilities of interim principal while Mark Conboy was appointed the new chair of governors.

In a letter published alongside today’s report, former Department for Education minister Lord Agnew said it was “clear that previous efforts to secure the college’s financial position since being placed in intervention have failed”.

“The college is currently operating under extreme financial duress and is unsustainable without immediate exploration of possible structural solutions,” he added.

Agnew was particularly “concerned” by the FE Commissioner team’s observation that the college’s current governance arrangements are “unsuited to supporting structural change”, and “strongly advised” the college now works with a National Leader of Governance to “urgently address” these “deficiencies”.

Previous efforts to secure the college’s financial position have failed

FE Week understands it is St Mary’s status as a fully inclusive Catholic college which is proving problematic when it comes to mergers and academisation.

The college confirmed a structure and prospects appraisal, taking place from February to April, “will consider a range of options”.

A spokesperson for St Mary’s College told FE Week: “The challenging financial situation faced by St Mary’s College has been well documented; the college remains a ‘going concern’ and continues to provide good quality education for many learners.

“Work with the ESFA and FE Commissioners team continues to explore long term, sustainable solutions for the college, with all staff continuing, as always, to focus on the delivery of quality educational provision for the local communities that we serve.”

They declined to provide an update on this or comment on a potential merger.

The statement also noted that Barclays bank, through which the college has £2.88 million worth of loans outstanding, continues to be supportive despite breaches in covenants and a reservation of rights letter.