The Department for Education is to cut the budget for adult traineeships by more than half from August 2020.

In a letter seen by FE Week, dated 5 February and marked “sensitive”, it states that the 19 to 24 traineeship remains a national programme and the budget has been revised from £20 million to £8.55 million to “reflect current delivery levels”.

At the same time the DfE is planning to pump an extra £9 million of adult education budget funding into courses associated with National Retraining Scheme (NRS), for one year only.

Whilst traineeship funding is administered by the Education and Skills Funding Agency and does not form part of the mayoral combined authority budgets, the extra £9 million will be distributed across both devolved and non-devolved AEB budgets.

Chief executive of the Association of Employment and Learning Providers, Mark Dawe, is concerned about the slash to the traineeships budget: “After four years of starts falling, we’ve only just removed the problems that were responsible for it, so we’ve got to give traineeships a chance to grow again rather than going for a knee-jerk reaction. NEET numbers still remain stubbornly high.

“Longer term though, perhaps the country’s record employment figures mean that the focus should become more on investment in work based skills programmes rather than on pre-employment support.”

Traineeships are designed to get people aged 16 to 24 ready for an apprenticeship or job. The courses include a work placement and can last between six weeks and six months.

Funding for 16 to 18 year-old traineeships comes from a separate budget at the ESFA.

The funding cut for the adults comes less than a year after former skills minister Anne Milton hailed the success of traineeships in light of research that revealed 75 per cent of learners move on to work or further study within a year of completing their programme.

Her comments were seen as a boon for the pre-employment course, which has been plagued by falling learner numbers and a lack of investment that has frustrated sector bodies.

A DfE spokesperson said: “We want the traineeship programme to support more young people into apprenticeships and sustainable employment and that is why we are working with providers, employers and other stakeholders to develop detailed options for the future programme.

The DfE’s letter, which was sent by the department’s deputy director for FE funding Dominic Hastings, said the demand for adult training is “expected to increase following the national roll-out of the NRS Get Help to Retrain service”, which began to rollout in July 2019.

So as to ensure that this “potential increase in demand” can be met, “additional funding (£9 million) has been made available and added to the AEB for one year only (academic year 2020/21)”.

The letter adds that the NRS service will “continue to develop during 2020/21 based on engagement with service users” and “NRS colleagues want to collaborate further with you to understand how this additional funding can be used to develop a more localised training offer, to take account of local labour market and skills needs”.

Revealed: The colleges that can bid in the next £120m Institutes of Technology tender 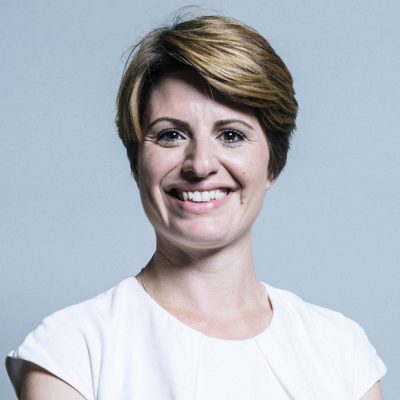