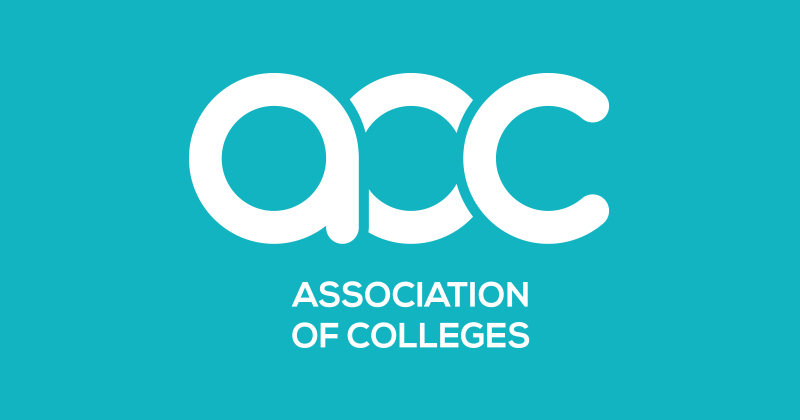 A major reorganisation of the board at the Association of Colleges (AoC) will see many of the principals replaced by experts from outside the sector.

The membership body is also proposing to create a new members’ council, as well as giving a “new focus” for their president.

Chief executive of the membership organisation, David Hughes, said the aim is to “ensure that we have good governance arrangements with the member voice at their heart”.

A consultation on the plans was launched towards the end of 2019.

One of the AoC’s main proposals is to create a “smaller and more focused board, with a mix of members and non-members”.

There are currently 13 serving college leaders on the association’s board. The AoC wants to reduce this to just four whilst appointing three external members who have experience in operational areas such as public affairs, membership services and campaigning.

The chief executive, the AoC’s finance director and chair would continue to sit on the board. It would meet quarterly and “set the strategic direction” of the organisation. 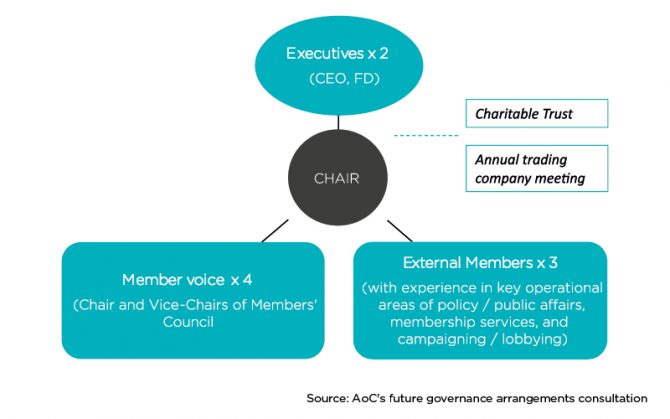 Separately, a members’ council would be created and report to the board twice a year.

It would become the “overarching” governance forum for the AoC, according to the consultation, providing a “structured route for engagement with members linked to regional networks and events”.

The council would consist of a “core group of college experts”.

All college leaders would be eligible to be elected to the council, and one principal and one chair from each region would be elected through member elections – taking membership to 18.

The council would meet bi-annually and be the “over-arching forum for ministers and officials to engage with sector”.

AoC proposes that the president, currently Steve Frampton, would chair the members’ council.

“That does raise the question of the election process and term of office for the president,” the consultation said.

“Currently, the president is elected annually for a one-year term. Only principals in post at the time of nomination, or the first-year president are eligible to stand.

It added that linkages between the members’ council and AoC board are “critical”.

Commenting on the governance changes, Hughes said: “The AoC board spent time last year reviewing the governance arrangements for AoC and consulted members about ideas for potential changes in the autumn last year. The consultation led to really good feedback and discussions with members, as it was designed to.

“The AoC board discussed the responses and the discussions at its December meeting and agreed to go back out to members with the second stage of the process, building on the feedback and engaging members further”, said Hughes. “The aim is to ensure that we have good governance arrangements with the member voice at their heart.”

He added that there is “no rush for change” and that the association is “simply taking time to fully engage with members so that we can reach an agreement on next steps”.

Final proposals are set to be presented in March and any changes to governance would be subject to agreement by members.

The consultation states that new arrangements are expected to take effect from August 2020.