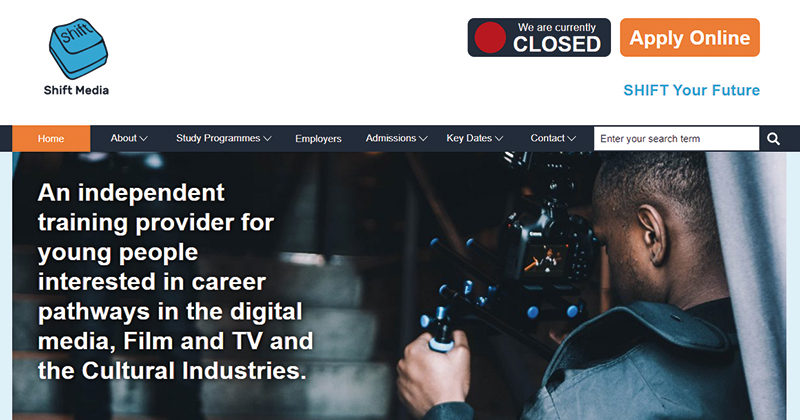 Parents are lobbying the government to restart funding for an arts and media provider that trained mostly high-needs learners.

The Education and Skills Funding Agency terminated its contracts with Sheffield Independent Film and Television (SHIFT) last year, after it was rated ‘inadequate’ by Ofsted.

A report by the education watchdog, published in February 2019, said inspectors found the quality of provision for 51 learners on 16 to 19 study programmes, a third of whom had special educational needs, had “declined and was now inadequate” since an earlier grade two report.

The proportion of its learners who go on to further study, apprenticeships or employment was “low” and Ofsted warned that learners make “slow progress” in achieving qualifications and developing skills.

The report came shortly after the watchdog’s chief inspector, Amanda Spielman, spoke out about the “mismatch” between the numbers of students taking low-level arts and media courses and their “future employment in the industry”. She reiterated this concern just this week.

However, a parent petition says the watchdog is “ill-equipped and inadequately trained to judge specialist provision working with students who have complex needs”.

They have said the provision on offer at SHIFT was “specialist and unique”, as well as “learner-focused using gentle teaching techniques which engages the students”.

Ofsted defended itself by stating that all of its inspectors complete an extensive training programme before undertaking inspection work and inspectors with particular expertise in areas like SEND are recruited too.

“We are confident we made accurate judgements about the provision delivered by Sheffield Independent Film and Television Limited,” a spokesperson added.

SHIFT director Kathy Loizou said parents were “absolutely distraught” that the provider had to close. They believed their  children would not have gotten through education without their training.

A lot of the young people’s needs were connected with anxiety, meaning they would have found it “difficult” to go to a learning environment like an FE college, Loizou said. She added that although colleges do “great work under very extreme funding circumstances,” they are often too big for some young people.

“We provided a safe and effective place for learners with complex needs to re-engage. We felt we were especially good at that.”

The petitioners, who are calling for the immediate reinstatement of SHIFT’s funding by the ESFA and for Sheffield City Council to take action to influence the ESFA, said there is no other provision like what SHIFT did in the area.

“Young people in north England are put at a disadvantage in relation to their peers in the south,” they say, compared to providers in the south like Dv8 Training (Brighton).

Dv8, which also caters for high needs learners and offers arts and media courses, received a grade four in November 2018; yet has been allowed to continue its provision, albeit while subject to two monitoring visits in May and September.

Asked to explain this discrepancy, the Department for Education said that while it is normal to terminate contracts for independent providers which receive a grade four, if there is evidence learners’ interests would be best served by maintaining the contract, they will do so under strict conditions with rigorous monitoring.

The spokesperson did say factors such as whether there are other providers in the local area to support learners are taken into account.

“Protecting the interests of learners is always our main priority, and Ofsted’s published assessments of the inadequate quality of provision is always taken seriously,” they said.

Dv8 did not respond to requests for comment about why it was allowed to keep its contract. Sheffield City Council declined to comment on the petition.

The petition had 49 signatures at the time of going to press. It can be viewed by visiting https://bit.ly/2uqrl7p