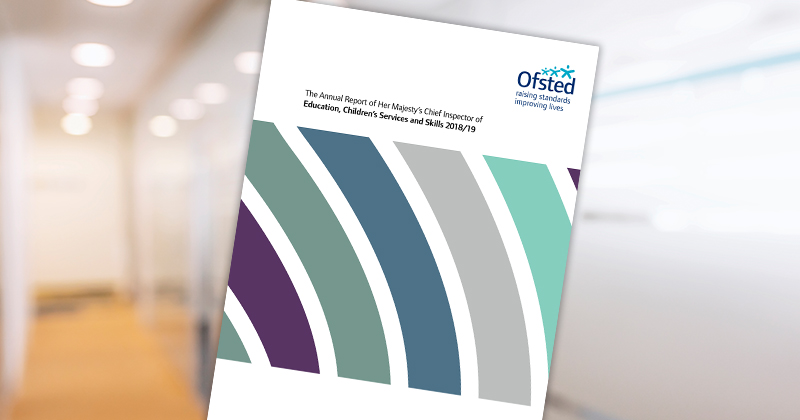 High levels of management and health apprenticeships are a “mismatch” compared to the government’s industrial strategy and needs to be addressed “urgently”, Amanda Spielman has said.

In Ofsted’s annual stock take of education, the chief inspector revealed that performance in the FE sector has “remained static this year”, but the “rapid growth” of apprenticeships is a concern.

Out of every 100 apprenticeships started in 2018/19, the watchdog found that 15 are health apprenticeships, 12 are business management, only six are in construction, five in ICT and five in engineering.

Business management and health accounted for almost half of all higher-level apprenticeships started last year.

“This does not appear to align well with our grand challenges as a country,” Spielman said.

She explained that the latest update to the industrial strategy highlighted four “grand challenges” that need to be met for the country’s future economic prosperity: artificial intelligence and data, ageing society, clean growth and future of mobility.

However, the industrial strategy “fails to recognise that the skills our nation needs may depend on the scale of apprenticeship delivery, particularly at higher levels”.

The FE sector needs to work “much more in tandem with the government’s industrial strategy”.

The chief inspector added that too many training providers are “not clear on the purpose of an apprenticeship” and as a result, their provision can “lack adequate sequencing or attention to education outside the workplace”.

“The gap between knowledge and skills required for our country and future and current provision remains, in particular in relation to a lack of training for low-skilled workers.”

It went on to show that the proportion of private providers placed in the top two grades has fallen from 78 per cent to 76 per cent.

Meanwhile, the proportion of ‘good’ and ‘outstanding’ community learning providers increased from 88 per cent to 91 per cent.

Overall, 81 per cent of inspected FE and skills providers are in the top two grades.