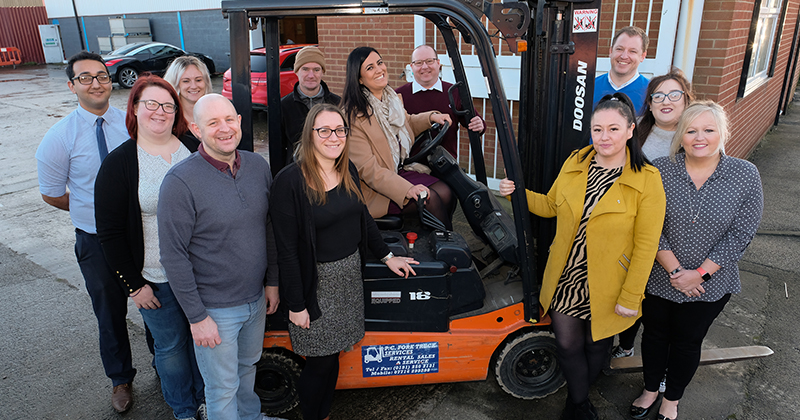 A private provider in the north east has stepped in to save 11 workers from redundancy by acquiring a branch of another training firm that was being closed following a bashing from Ofsted.

Learning Curve Group has agreed to take on the lease of the Hartlepool office that is owned by Total Training Company (UK) Limited and keep all provision active and jobs secure.

Total Training was shutting the branch after being rated ‘inadequate’ in its first full inspection last month. It was found to be making ‘insufficient progress’ in an early monitoring report in February.

The provider subsequently handed back its two adult education budget contracts which came to a combined total of almost £2 million to the Tees Valley and West Midlands Combined Authority.

Learning Curve successfully applied to take on the Tees Valley contract, the amount of which has not been disclosed yet.

Brenda McLeish, chief executive of Learning Curve, said that after securing this contract, the “opportunity to step in and keep this centre going makes complete sense for us”.

“We already deliver provision in Hartlepool within a number of sectors including beauty, health and social care, childcare and mental health; helping over 753 learners reach their potential each year,” she added.

“It’s especially heart-warming to be able to provide some positivity for the town during the recent uncertain political climate and especially at Christmas time – ensuring employment security for the existing workforce at the centre.”

Total Training is a family-owned provider that delivers training in the construction industry. It has other training centres in the Midlands. FE Week understands these will stay open.

The West Midlands Combined Authority told FE Week it has not yet redistributed the £1.8 million AEB contract that Total Training held, but this will be done “over the coming months”.

Learning Curve said it is hoping to extend the commercial and adult education provision offered by the Hartlepool centre, to add to the “already successful courses in forklift driving, warehousing, employability and groundworks alongside accredited CITB Health and Safety provision”.

Ben Houchen, Tees Valley Mayor, said: “I’m really pleased that this important training provision will continue so that the people of Hartlepool can continue to receive the training needed to take advantage of the jobs being created in the Tees Valley.”

PICTURED: Brenda McLeish (on fork lift) chief executive of Learning Curve Group with the staff who have been saved from Total Training