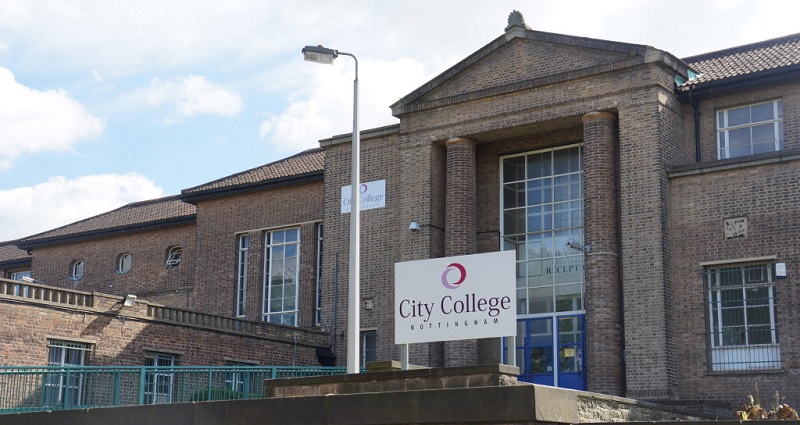 Serious safeguarding failures at a multi-site “college” are to be exposed in an imminent Ofsted report, FE Week can reveal.

City College Nottingham, a private training provider with campuses across the Midlands, is bracing itself for the publication of a grade-four report. It has already laid off staff and stopped taking on new enrolments.

Inspectors found no restrictions on the internet for material such as pornography and radicalisation, as well as a complete lack of security over who was coming and going to the provider’s campus.

In addition to hundreds of their own learners, City College Nottingham teaches around 300 young people and adults on courses in construction, beauty, care, IT and business courses under a subcontracting agreement with Nottingham College, worth more than £1 million.

After Ofsted alerted Nottingham College to its findings it terminated the contract with City College Nottingham.

When approached by FE Week, a spokesperson for Nottingham College said it took quick and decisive action after being made aware of the safeguarding situation, including “immediately” providing reception and security staff at the Carlton Road campus.

This was to “ensure secure access and strictly enforcing the use of lanyards for staff and students to ensure only people with a legitimate reason to be in the building are in the building”.

It also “suspended IT access to control safeguarding risk online until such time as adequate software monitoring can be introduced”.

City College Nottingham has since taken to Twitter to advertise that “all our places are now full for the academic year 2019/20”.

For any enquiries to #study with us next year, call us on 0115 910 1455, direct message us, or visit our websitehttps://t.co/kaK8l6zJSp pic.twitter.com/saVpKriYlJ

Ofsted was drafted in after a whistleblower brought concerns to the Education and Skills Funding Agency (ESFA).

It is understood that the ESFA is likely to exercise its power to terminate City College Nottingham’s direct contracts, once Ofsted’s report is published.

The provider has refused to comment despite numerous requests, so it is not clear what other direct contracts it holds with the government. In 2018/19, its direct ESFA contracts totalled £1.8 million, including £650,000 for advance learner loans.

The agency was unable to comment on the safeguarding issues owing to purdah, the period before a political election.

City College Nottingham was given a grade three by Ofsted in January 2018, and was found to be making “reasonable progress” in a follow-up monitoring report published in January 2019.

The watchdog’s early years framework states that any nursery that has been given two previous “inadequate” judgments is “likely to have its registration cancelled if there’s no improvement at the next inspection”. However, “we can take steps to cancel a provider’s registration at any point if we find that they are no longer meeting requirements”.

City College Nottingham was founded and run by its “principal” Hassan Ahmed, a former councillor with a controversial history. He was elected to Nottingham City Council in 2007 and became its portfolio holder for employment and skills in 2009.

He announced in March 2011 that he would not be seeking re-election, citing “family commitments and health concerns”, according to the Nottingham Post.

But shortly after he stood down a report by the district auditor of the Audit Commission found that Ahmed had been involved with a number of firms and charities which were awarded contracts from a £10 million Future Jobs Fund, which was part of his portfolio.

It said rules were not followed which resulted in “unsafe decision-making”.

City College Nottingham has since worked with Nottingham City Council under Ahmed’s leadership. Its latest contract was to deliver Step into Work training for adults under the European Social Fund programme. This ceased in August 2018 when the contract came to an end.

The provider also had a subcontract with Burton and South Derbyshire College last year worth £220,000. The college said this came to an end in 2018/19 and it has not entered into any new contracts in 2019/20.

He explained that the “serious safeguarding concerns” raised with the ESFA centred on “site security, online e-safety and learner safety, eg use of lanyards to identify legitimate learners at the college.

“As a result of an extensive series of visits, the college has concluded that the performance, safety and security of our learners is best served by relocating them to the college’s own campuses.

“It is a difficult decision to disrupt students’ studies but we feel this is the only way we can keep them safe.”

He added that Nottingham College’s “immediate priority was to safeguard our 16 to 18 students and vulnerable adults” and it will “do everything we can to ensure that students can still achieve their qualification”.