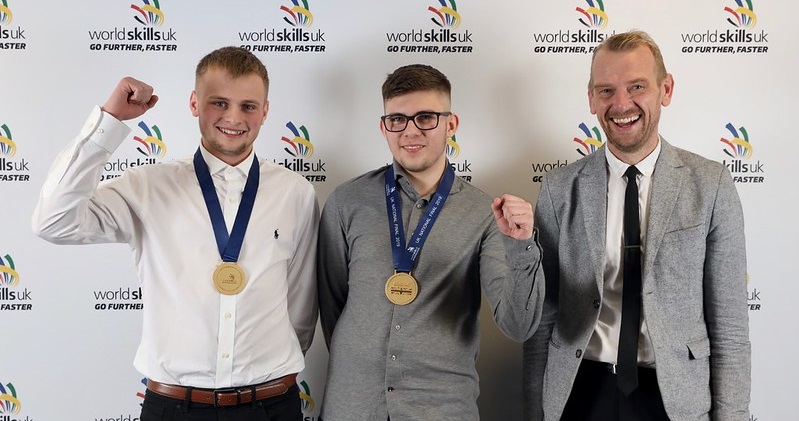 They were the winners from over 70 skill competitions, known as National Finals, that pitted more than 500 competitors against one another at the LIVE venue Birmingham’s NEC from Thursday to Saturday.

WorldSkills UK deputy chief executive Ben Blackledge called being crowed the nation’s number one “a life-changing moment” for the young people – as they are now in with a chance of being picked for the squad that will get narrowed down to Team UK, who will travel to compete internationally at WorldSkills Shanghai in 2021.

The squad will be announced on December 2, but Blackledge said: “We couldn’t be prouder of each and every one of them and the standard of competition could not have been higher.”

The judge for the laboratory technician competition Dirk Wildboer from Middlesex University found the tournament had been “quite competitive”.

The competitors had been tasked with extracting elements from cinnamon and mixing dyes for one of their tests – but before anything else they had to risk assess the project, which counts towards the testing of their safety skills.

Wildboer, who is the training manager for the international competitions, said his competitors need to be able to “focus on a quite different array of tasks” and pull on analytical, numerical and their laboratory skills as well as think on their feet.

“If something does not make sense or if it is not how they know it, they are expected to adapt to that.”

“We try to make it as much as possible a real, working scenario as we could,” he added.

Mechatronics judge Calum Knott said they had tried to push the competitors further, “so it had been really great to see how the competitors had upped their game since last year”.

Competitors are rated on the time they take to complete the tasks, and how competent they: whatever they make has to work perfectly.

Meanwhile, competitors at autobody refinishing had to repair damages on a bumper wing as if it was a customers’ car, paint a wing in three stages which has been used on a lot of new cars and put a  design on a car bumper.

Asked how competitors were measured, judge Rebecca Wilson said: “Sometimes it’s not the nicest paint finish that scores all the points. There’s a lot of work for preparation and your colour matching with paint and the general finish. We want it to be finished as if it was a customer car.”

It looks like it will be a photo finish, as Wilson said the scores for her section “have been really close and I really cannot wait to see who has won” when the other judges finish counting.

The awards topped off days of trying out skills, meeting employers and training providers, and watching the competitions unfold for the more than 80,000 young people who attended LIVE.

The full list of winners can be found here.

The list of how many medals were one by each organisation can be found here.