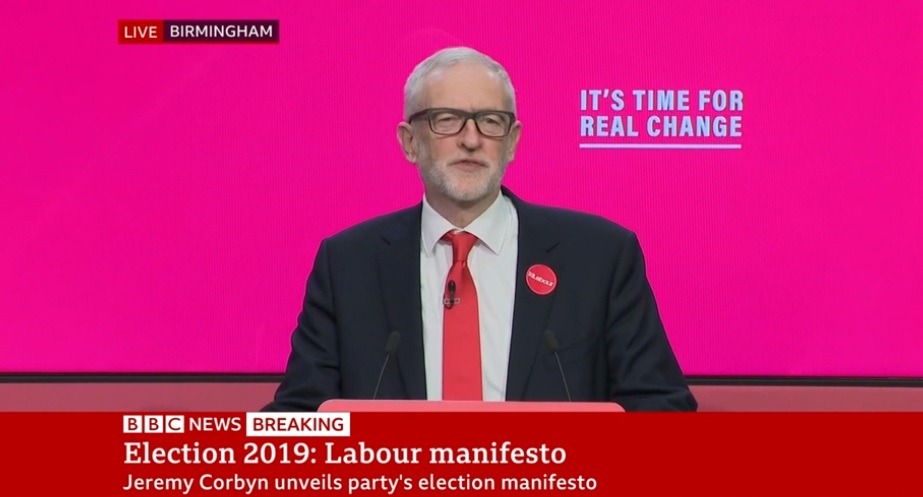 This morning the Labour Party launched their manifesto ahead of the general election on 12 December (click here to download).

Here’s what the document says about FE and skills.

“With automation and the Green Industrial Revolution bringing major changes to industry, it is more important than ever that people have the opportunity to retrain and upskill throughout their lives.

“Under the Tories, adult education has undergone 10 years of managed decline. England already faces a shortage of people with higher-level technical qualifications, and demand for these skills will only grow as we create new green jobs.

“Instead of investing in people to prepare them for the jobs of the future, the Conservatives have slashed funding and cut opportunities.

“Labour will ensure fairness and sustainability in further education, aligning the base rate of per-pupil funding in post-16 education with Key Stage 4, providing dedicated capital funding to expand provision and bringing back the Education Maintenance Allowance as the Welsh Labour Government has done.

“Labour will make lifelong learning a reality, giving everyone a free lifelong entitlement to:

“We will introduce additional entitlements for workers in industries that are significantly affected by industrial transition.

“We will make sure training delivers the right skills by giving employers a role in co-design and co-production of qualifications.

“Union Learning Fund, giving workers the right to accrue paid time off for education and training.

“Labour will reform existing careers advice, working towards an integrated information, advice and guidance system that covers the entire NES.

“We will reverse the fragmentation and privatisation of further and adult education, incorporating it into a single national system of regulation that functions for education as our NHS does for healthcare provision.”

“Our Green Industrial Revolution will create at least one million well-paid, unionised jobs in the UK. We will train people in the skills they need to access these jobs of the future.

“Britain’s skills crisis has grown under the Tories. The Apprenticeship Levy has been beset by problems, leaving employers paying into a training budget they are unable to spend. And it is not delivering for small businesses. We cannot afford to carry on like this.

“Labour will make it easier for employers to spend the levy by allowing it to be used for a wider range of accredited training, in line with guidelines set by the Institute for Apprenticeships and Technical Education and government’s wider priorities for the economy.

“We will launch a Climate Apprenticeship programme to enable employers to develop the skills needed to lead the world in clean technology.

“Under this programme, employers will be expected to allocate 25% of the funds in their Apprenticeship Levy accounts to training Climate Apprentices. These funds can be spent directly or allocated to a ring-fenced

“Climate Apprenticeship Fund, which will be topped up with any surplus raised through Inclusive Ownership Funds and made accessible to non-levy- paying businesses.

“Targeted bursaries will be available to women, BAME people, care leavers, ex-armed forces personnel, and people with disabilities to encourage them to take up climate apprenticeships – the STEM of the future.

“We will further help small businesses by increasing the amount that can
be transferred to non-levy-paying employers to 50% and introducing an online matching service to help levy-paying businesses find smaller businesses to transfer their funds to.”