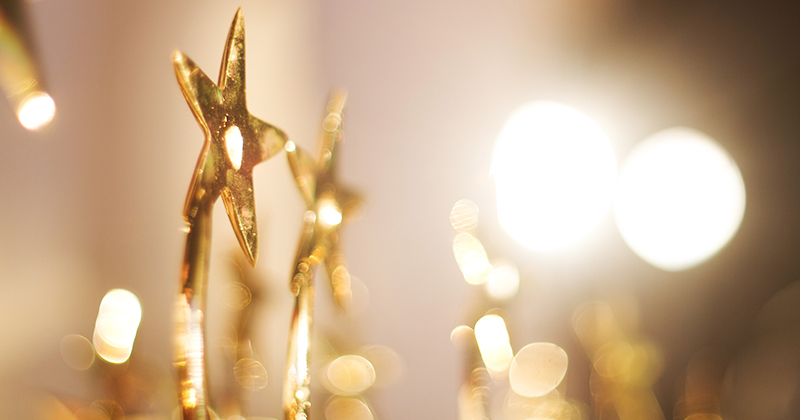 A learner with hearing and speech difficulties who also works as a carer for his twin sister is among the winners of the Association of Colleges’ Student of the Year Awards 2019.

The gongs, which include Young Student, Adult Student, Apprentice and Higher Education Student of the Year, were given out at the annual AoC conference gala dinner in Birmingham tonight.

They followed the introduction of the first-ever AoC President’s Award, earlier in the day, which was handed to a team of students from Brockenhurst College for their petition during the Love Our Colleges campaign.

Steve Frampton, AoC President, said: “Each year the level of applications is extremely high, and it goes to show the fantastic work that students are doing in colleges as well as the lengths colleges go to support their students.

“They have done amazingly well to win and should rightly be proud of their achievements.”

Billy Gibbons, from South Essex College, claimed the top prize for ‘Young Student of the Year’.

The student, who has profound bilateral sensorineural hearing loss, speech and language delay, developmental delay and an auditory processing impairment, achieved a D*D* in his 90 Credit Diploma in public services.

Gibbons, who also helps as a carer for his twin sister, obtained a distinction in every assessment.

He recently went to Buckingham Palace to receive his gold Duke of Edinburgh award and has completed training as a fire cadet within Essex County Fire and Rescue Service.

The runners-up in the category were Sibgha Amin, from Stoke on Trent College, and Macy Sheil, from Trafford College.

‘Apprentice of the Year’ was won by Tia Whelan, from Leicester College.

Whelan completed a three-year plumbing course before starting her property maintenance operative apprenticeship at UK Gas, where she is the first female in the team.

She now takes on her own work experience students and has visited 10 schools and colleges over the last six months to speak to students about the construction industry and promote the programme to female students.

Ryan Kimber, from the Isle of Wight College, beat Roxanne Willoughby, from the Northern College and Malcolm Thwala, from Hugh Baird College, to win ‘Adult Student of the Year.’

He achieved D*D*D* in his Extended Diploma Engineering Level 3 BTEC after being diagnosed with brain and spinal cancer in 2016.

Kimber was headhunted by GKN Aerospace to design a project for their craft apprentices as a result of successful work placements.

He also volunteers for CLIC Sargent.

The college’s chair, Nicholas England, said: “It has been a privilege to see how much this young man has developed during his time at the college.”

The Higher Education Student of the Year was awarded to Benjie Kusita, from Bradford College, who is studying a BA (Hons) Media Makeup with Special Effects, ahead of Matthew Chilvers, from Loughborough College, and Henry Green, from Weston College.

Earlier in the day Frampton announced a new prize, the President’s Award, which was established to recognise those who have made a unique and lasting impact on the further education sector.

Brockenhurst College were the first ever winners, in recognition of their work in the Love Our Colleges campaign.

The college’s online petition gathered more than 70,000 signatures, which paved the way for a debate in Westminster about college funding.