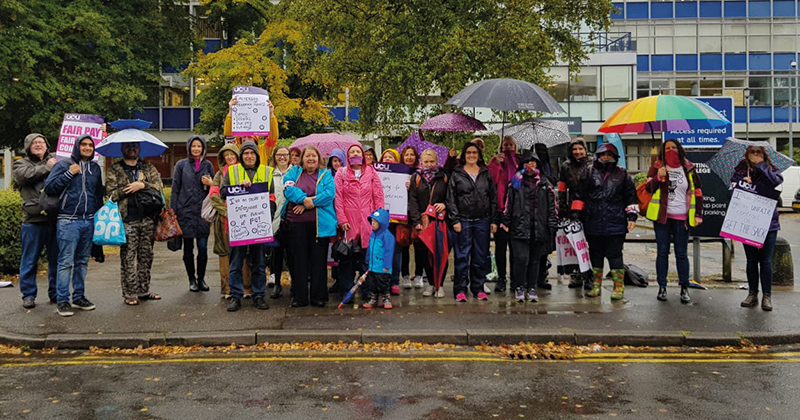 A bitter dispute that involved extensive strikes at Nottingham College has officially ended after a deal was reached which will ensure no staff see their pay cut as a result of new contracts.

The agreement will also retain workload protections and rules out proposed cuts to sick pay and annual leave.

Staff who are members of the University and College Union walked out for 15 days in September and October and passed votes of no confidence in their chief executive and chair of governors.

They were due to strike for a further 14 days this month, but last week agreed to suspend the action after college leaders offered a new deal.

The dispute centred on what the UCU said were the college’s attempts to impose “inferior” contracts that would have cut holiday entitlement and left some staff over £1,000 worse off.

UCU head of further education Andrew Harden said the dispute should never have got to this stage and questioned why students had lost 15 days of lessons at such a crucial time of year.

“Nobody ever wants to take strike action, but this deal is a testament to members’ determination to fight threats to their pay and working conditions,” he added.

“The college has finally recognised that it needs to work with its staff and not against them and we hope this deal will now pave the way for more positive future negotiations on pay and conditions at the college.”

A spokesperson from Nottingham College said: “The college is pleased to confirm that the dispute with UCU has been resolved and further strike action has been called off.

“We now have the opportunity to put the industrial action behind us, learn from the experience and work together, as one college, to deliver the excellent teaching and learning and create the outstanding college experience that our students deserve.”