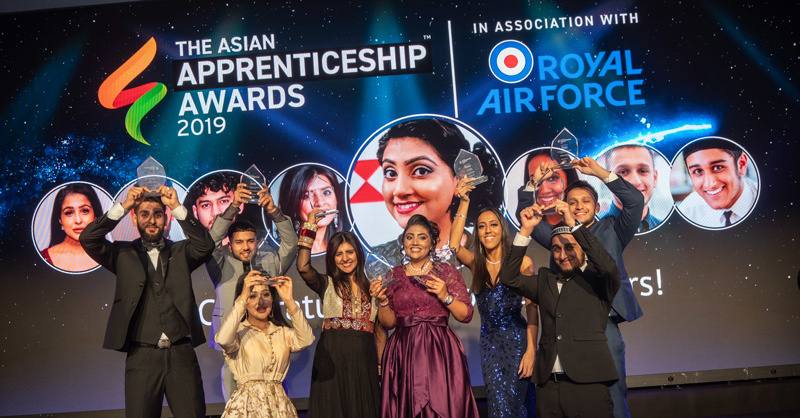 A learner who works at a major UK bank after spending most of her life in Pakistan and a training provider from the Midlands are among the winners from the fourth annual Asian Apprenticeship Awards.

The awards were presented at a glittering ceremony last night in Birmingham, in front of an audience of nearly 500 people.

Apprentice of the year was awarded to a British national who spent most of her life in Pakistan, Amani Khaliqa.

After she applied for the HSBC apprenticeship, she completed it in just eight months and has since had two promotions. 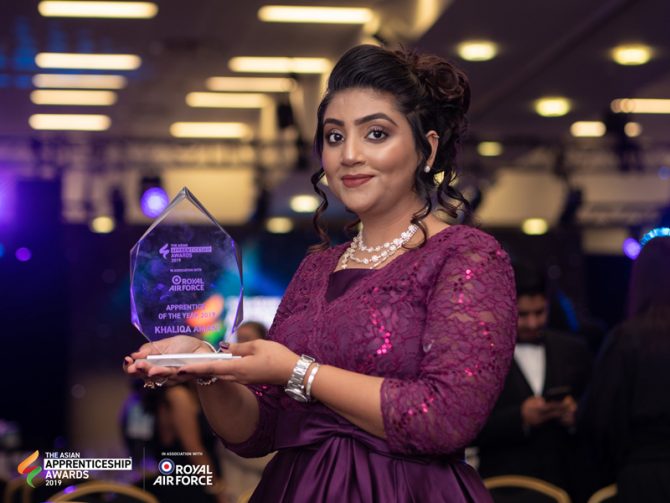 The Apprenticeship Ambassador now works at the HSBC UK head office in Birmingham and her progress has enabled her to not only support her siblings and mother, but also buy her first home at the age of 21.

Another winner on the night was PTP Training, which was named the training provider of the year.

One of the largest independent training providers in the Midlands, the company offers short courses, qualifications and apprenticeships in care, engineering, retail, hospitality accountancy and management.

Awards director Isa Mutlib said: “The awards are in the fourth year and the quality of entries gets higher each year.

“The awards celebrate the brightest and best British Asian Apprentices and the commitment of their employers and learning providers.

“We hope we have encouraged more young British Asians to consider apprenticeships, and more employers to provide opportunities to benefit from the skills that apprentices bring.”

The event was hosted by Suzi Mann and comedian Eshaan Akbar and entertainment was provided by Aston Performing Arts Academy.

There were also guest speeches from the likes of Jasmine Kundra, from last year’s series of The Apprentice, and Iasha Masood from this year’s series; alongside the overall Asian Apprentice of the Year 2018 Marjana Uddin and Shakil Butt from the Chartered Institute of Personnel and Development.

The awards were launched in 2016 following a report by the then-business secretary Sajid Javid, which set a target to increase BAME diversity of apprenticeships by 20 per cent by next year.

Judges’ Choice Award and overall Apprentice of the Year