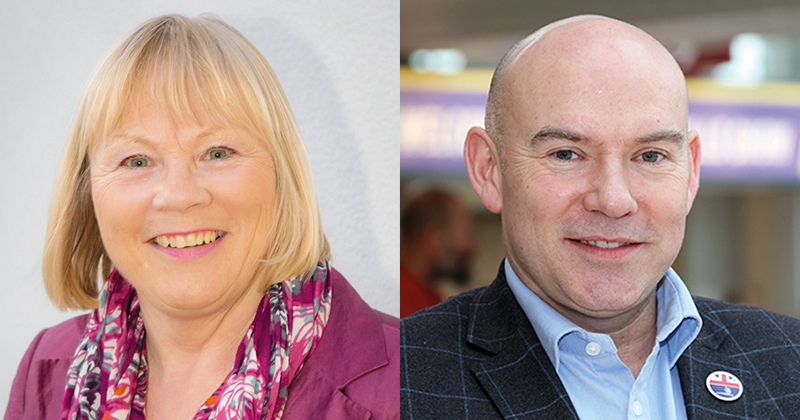 A former college principal has topped a list of the most influential lesbian, gay, bisexual and transgender role models working in the public sector.

Ann Limb, who is now chair of The Scout Association, was ranked first in the OUTstanding list of 30 LGBT+ public sector executives for 2019.

WorldSkills UK chief executive Dr Neil Bentley-Gockmann OBE was another FE sector leader to be recognised in the awards, which have been running since 2013.

Limb said she hoped that her achievement “can help raise the profile of LGBT+ people and issues across the FE sector”.

At OUTstanding’s awards ceremony on Wednesday, Limb said that as an “almost 67, post-menopausal, gay dwarf, you really never expect to be a role model for anybody. The fact that I seemingly am a role model is joyous and a blessing.”

In front of the awards ceremony’s audience of 170 million people worldwide, Limb said she was “overwhelmed to find myself in this company”.

Afterwards she said: “That is where FE and LGBT+ should be – on the global stage and mainstream.”

Although she has been with her partner Maggie for 33 years, Limb only began to speak openly about being gay in February, after being invited to a parliamentary event during LGBT+ History month.

She is also vice chair of City & Guilds and has previously served as principal of Milton Keynes College and chief executive of the former training giant Learndirect.

She wrote in March: “During a 25-year, successful career in FE, I did nothing overtly in the arena of LGBT+ activities.”

But she now hopes that she can “take some actions to raise the profile of LGBT+ in the sector”.

Bentley-Gockmann, who came 15th on the list, said it was a “real honour to be recognised in this way for the work we are doing at WorldSkills UK”.

He said that with the organisation’s partners in education and industry “we are working hard to boost the profile of LGBT inclusion alongside ensuring more young people, regardless of social background, ethnicity, gender or disability have the opportunity to succeed through our work”.

They are intended to celebrate individuals and organisations championing inclusivity in the FE sector and going above and beyond to support young people from a range of backgrounds.

Bentley-Gockmann said: “Now is the time for more leaders in the skills sector to step up to champion diversity, as role models and allies, so more young people from all walks of life are inspired to take up technical careers and apprenticeships.”

In addition to his work with WorldSkills UK, Bentley-Gockmann has led a roundtable discussion in the House of Commons with education partners to discuss the importance of LGBT+ leadership and role models in colleges; and he has chaired a one-day annual conference on LGBT+ inclusion at work.

His OBE, awarded in the 2019 New Year Honours, was for services to LGBT+ inclusion. He is a former deputy chair of Stonewall, the LGBT + charity.