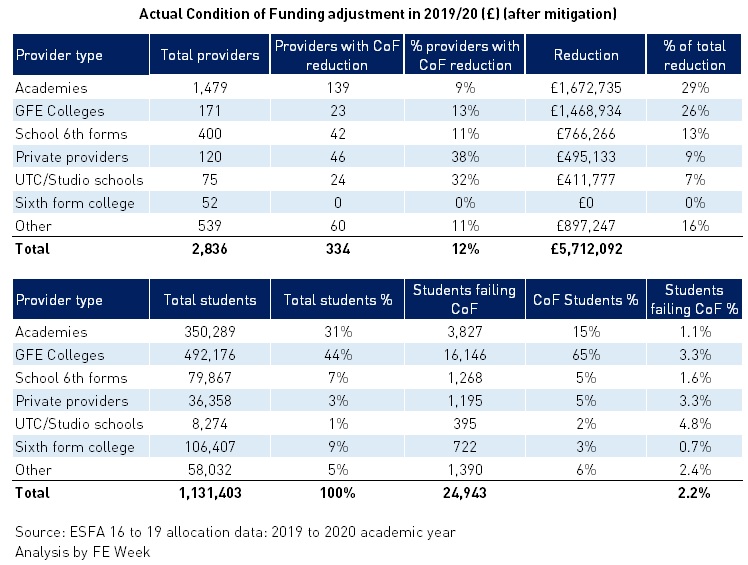 Twenty three of the 171 (13 per cent) colleges have been stripped of £1,468,934 in their funding allocation due to the controversial English and maths condition-of-funding rule, according to new government figures.

Under original ESFA rules, any 16- to 18-year-old student who does not have at least a C (now 4) in their English and maths GCSEs, and who fails to enrol in the subjects, will be removed in full from funding allocations for the next-but-one academic year.

But the condition was relaxed from 2016/17, with the penalty halved and only applied to providers at which more than five per cent of students did not meet the standard.

So only those providers with more than 5 per cent of students failing to enrol on eligible English and math qualifications saw their funding ‘adjusted’ in the 2019/20 allocation.

The latest figures for colleges show an increase from 13 that were deducted £1,137,091 last year.

See analysis above and reaction in the next edition of FE Week.