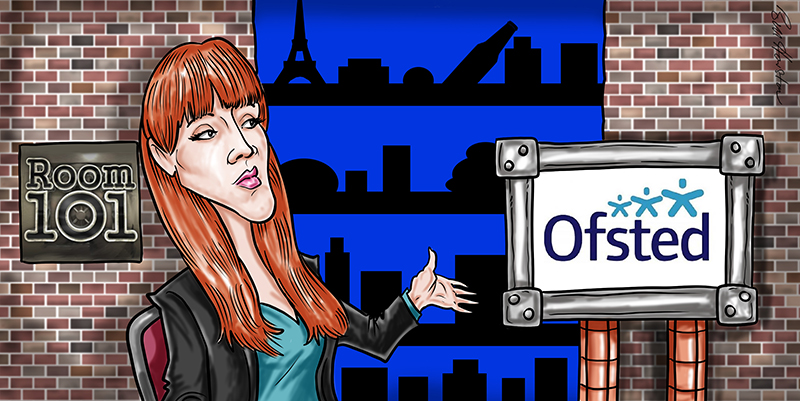 Labour is “looking at all options” for an overhaul of the school and college accountability system, including replacing Ofsted, Angela Rayner has said.

In an exclusive eve-of-conference interview with FE Week’s sister paper Schools Week, the shadow education secretary repeatedly refused to rule out scrapping the inspectorate and replacing it with a new system to hold education providers to account.

Rayner said the idea of replacing the watchdog, a move favoured by the influential National Education Union, had been discussed by Labour’s national policy forum and that “various different options” are being considered by the party as it prepares to flesh out its plans for a National Education Service.

Despite having been announced as a flagship policy by Jeremy Corbyn during his first leadership campaign in 2015, the National Education Service is still little more than just an umbrella term for a series of existing policies including free education “from cradle to grave” and scrapping the GCSE English and maths forced resits policy.

The second of two consultations held to feed into Labour’s plans focused on accountability, and it was common knowledge that party policy advisers had been looking at the future of Ofsted.

Rayner said the idea of abolishing Ofsted “is something that’s come out through the policy forum”.

“Obviously people have views across our party on that and we’re looking at all options at the moment,” she said.

“I think [the system] drives bad practice at the moment, and I don’t think it’s Ofsted that does that, I think it’s the politicisation through the DfE’s politicians who have done that.

“I do think there are issues with the current set-up – with Ofsted – and we are looking at that and in the near future I’ll say more on it.”

The National Education Union has long called for the scrapping of Ofsted. Its joint general secretary Mary Bousted has repeatedly warned that the inspectorate has become a “weapon of fear and terror”.

Asked what Labour might put in place instead, Rayner accepted some form of accountability system was needed.

Rayner, who has now been in her job for more than three years and served opposite four secretaries of state, is unapologetic about the time taken to develop firm plans for the NES.

“I think the responsibility of creating something as radical as the National Education Service means you have to be evidence-based,” she said, pointing to the “huge amount of information” available “just on further education, tertiary education alone”.

“I could spend 10 years doing a PhD on it and not get through the literature, so I think it’s entirely responsible to do what we’ve done” she added, and pointed to Labour’s lifelong learning commission, “which will report shortly”.

Rayner continued: “There’s so much we’ve already done, and so much for us to achieve, but it’s right to do it in a way that’s based on evidence, so we don’t undermine the principles of what we’re trying to achieve before it even gets off the ground.

“It’s very simple. It’s a national education service, free at the point of use, from cradle to grave. I think most people understand that.

“The question is, when you get in the weeds, everybody wants to talk about every fine minutiae of what it means to them at that point, and I totally understand that, and I welcome the discussion and value people’s opinion on that, and we will continue to move towards that.”

The shadow education secretary confirmed Labour would come up with updated education spending plans for its next manifesto.