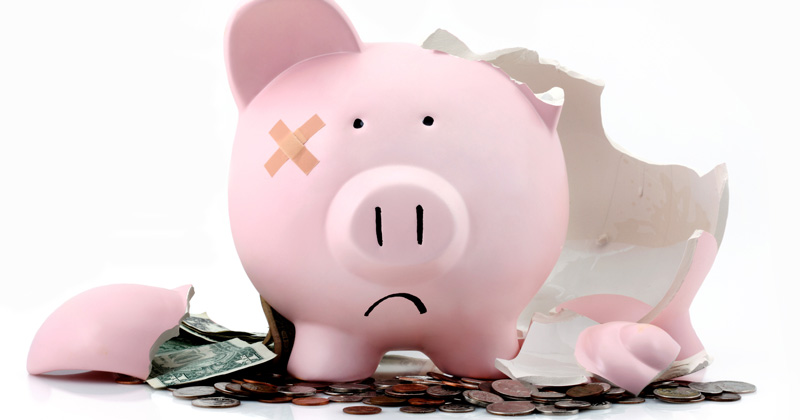 Spectacular failures could be the cost for a more innovative FE sector, says Mick Fletcher. But is it a price worth paying?

Hadlow College is the first to experience the Department for Education’s new college bankruptcy regime, but we can be fairly certain that it won’t be the last.

After all, the government wouldn’t have bothered to develop the regime were it not convinced that others will find themselves in similar circumstances.

Nor is it an issue confined to FE; there is considerable speculation over which university is likely to be the first to fail financially, with unofficial lists of those most at risk circulating privately around the higher education sector.

Why has it come to this? Why in the world’s fifth largest economy are we contemplating the financial collapse of major public institutions for the first time? It simply cannot be an outbreak of incompetence among senior education managers, but a conscious political choice.

The systematic underfunding of the FE sector is only partly to blame. A “well run” institution in our present world can always shrink its offer to students to match its income.

It may call it “increasing efficiency”, but the truth is that it is only achieved by reducing choice and services, which is why part-time and adult learning have collapsed and full-time students receive a scandalously low number of taught hours.

Underfunding leaves less room for error or for too sentimental an approach to marginal provision – but ultimately most colleges will not go bankrupt, despite all being subject to the same funding regime.

The real reason for increased bankruptcy is simply that we have chosen to run our public services this way. The belief is that the spur of competition and the threat of bankruptcy serve to discipline public institutions and encourage them to innovate and focus relentlessly on efficiency and customer service. The fact that some colleges will “crash and burn” is seen as a price worth paying for a more dynamic and creative college sector. That’s how markets are said to work.

There is some truth to be found in this analysis. Colleges have certainly been innovative, although perhaps not to the extent that sector leaders like to claim. Constant assertions that colleges are “revising their business models” and “becoming more commercial” often feel more like ritual incantations than practical proposals.

Perhaps the most egregious example of this was the hype of the ill-fated Gazelle Group, which was founded in 2011 to promote enterprise in colleges only to collapse five years later in financial confusion.

Risky ventures such as investing in delivery overseas have been at least as common as genuine innovation, and in a few cases innovation has shaded into fraud.

Nevertheless most incorporated colleges have proved to be responsive and resilient institutions, investing creatively in new facilities, forming new alliances and in some cases, like Hadlow, going far beyond merely running classes.

Inevitably, and as Hadlow has shown, this freedom to innovate has led to some overreaching themselves and bankruptcy or bailout will be the choice. Ministers prefer the stern discipline of bankruptcy.

This works as a discipline in the private sector because it is a sanction on the owners; they lose control of their businesses and assets in favour of their creditors. There is no equivalent body of owners in the case of public services.

It is true that well-paid (and in some cases excessively well-paid) senior executives lose their jobs, but the real price is paid by communities that lose access to a public service when their local college closes.

If a retail store such as BHS closes the shareholders lose, but we can shop elsewhere; if the only college in town closes, then it is the students that lose out. An underfunded FE sector may need to shrink, but the random consequences of managerial miscalculation are not a good basis for determining where.