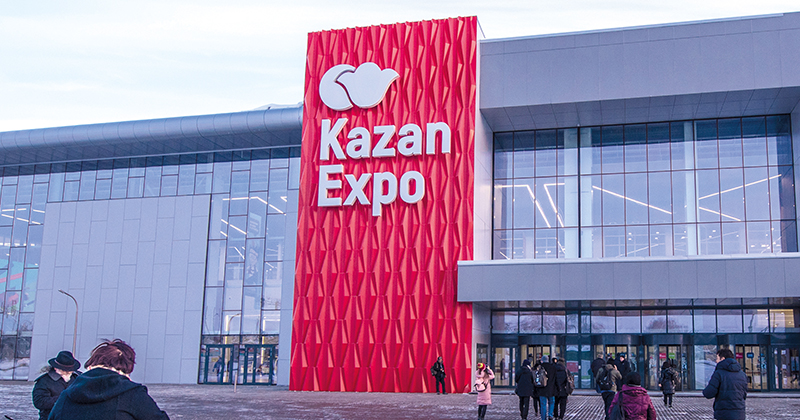 With the last seven competitors selected, Team UK is now complete and ready to compete in this year’s WorldSkills competition in Kazan, Russia, later this summer.

The first 32 members were announced in March. However, the autotech, cloud computing, cyber ,security, chemical lab technician, floristry, plumbing and heating competitors had to wait to find out if they made the cut.

Unfortunately, the UK’s patisserie competitor, Connor Stow, has had to withdraw for health reasons and will not be replaced.

There are a total of 38 UK competitors this year, which makes it the biggest team since the Sao Paulo competition in 2015.

The competition lets us benchmark UK skills against other nations

They will battle it out with their counterparts from more than 60 countries, going for gold, silver and bronze in 56 different skills categories ranging from 3D digital game art and mechanical engineering, through to hairdressing and landscape gardening.

All competitors will undergo a rigorous regime of Olympic-style training in preparation for the most intense week of skills competition imaginable.

“I still can’t believe I am going to Russia to represent the UK in plumbing. It’s been a mixture of emotions,” said Thomas Thomas, who will be competing in the plumbing and heating category.

“The training is hard work but I’m learning new skills that I can use in my job with Aer Cymru. I’m totally focused on the competition and can’t wait to join my team mates there and do my family, everyone at Coleg MeirionDwyfor and Aer Cymru proud.”

Kyle Woodward, who will compete with Adrian Cybulski in the team cloud-computing competition, said he was “quite shocked” to make it to the finals. “I was quite a low-level learner at high school but when I started at the college, my tutor, Peter Franklin, really pushed me and now I’m going to the WorldSkills finals – that just blows it out of the park for me.”

Elizabeth Newcombe, competing in floristry, said the competition was a “real eye-opener for me” which has given her a boost in her confidence and skills.

“The training I am receiving from WorldSkills UK is helping me so much, not only in preparation for the competition but with my job at Rhubarb & Bramley, and I am determined to do everyone proud.

At the last WorldSkills, which took place two years ago in Abu Dhabi, Team UK retained its top 10 position, bagging one gold, three silvers, three bronzes and 13 medallions of excellence.

A top 10 position is what the team will be vying for this time round in Russia.

Ben Blackledge, director of education and skills competitions at WorldSkills UK, said: “Our participation in the international WorldSkills competition provides the opportunity to benchmark UK skills against countries from around the world, demonstrating why business should continue to invest in the UK.

“It is essential that these competitions stay relevant to education and industry, and to that end, we have been working with WorldSkills International and its members to ensure technological changes are being embedded in current competitions and are also a key driver for introducing new competitions.”

The 45th WorldSkills event will take place in Kazan from August 22 to 27. FE Week is proud to be the official media partner for WorldSkills UK and Team UK.