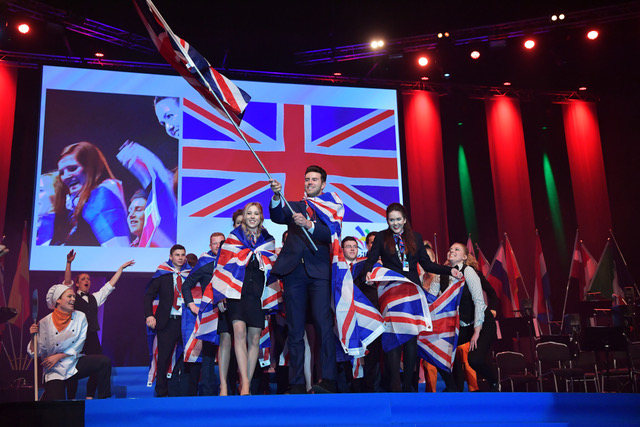 More than 30 of the country’s best and brightest young skilled people have been chosen to represent the UK at WorldSkills Kazan later this year.

The team [see below] of young professional from sectors including engineering, hospitality and professional services, construction and digital and IT will fly to Russia in August to compete in the competition known as the ‘Skills Olympics’.

They’ll battle it out with their counterparts from more than 60 countries and go for bronze, silver and gold in 56 different skills disciplines.

Neil Bentley-Gockmann, chief executive of WorldSkills UK, which selects and trains the team, said: “Think Olympic Games – but much more important to the economic future of the United Kingdom.

“This is a life-changing opportunity for all those involved.

“I couldn’t be more proud of these extraordinary young people who will be on the plane to Russia.  They have worked tirelessly for weeks, months and years to be the best – they are a shining example to the next generation – let’s celebrate their spirit, commitment, and success.”

While 32 members of Team UK have now been announced, more will join them in April when the cyber security, cloud computing, chemical lab technician, floristry, cooking and car painting competitors are selected.

All competitors will then undergo a rigorous regime of Olympic-style training in preparation for the most intense week of competition imaginable.

These skilled young people have undergone a two-year challenge to get this far, and have already triumphed in regional and national competition, as well as a grueling team selection event that took place last week.

The 45th WorldSkills event will take place in Kazan from August 22 to 27.

FE Week is proud to be the official media partner for WorldSkills UK and Team UK.